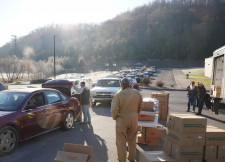 NASHVILLE, Tenn., November 21, 2022 (Newswire.com) - It's been a tough year to make ends meet with rising inflation and historically high food costs making it difficult for families to afford Thanksgiving this year. Tennessee and Kentucky residents were both especially hard hit with catastrophic floods that tragically took lives and destroyed thousands of homes. This is why Tennessee-based non-profit Greater Good Music approached supporter and entertainer/songwriter Morgan Wallen and his Found­ation to partner for a giveaway this holiday season. Working together, 2,000 families in need received turkeys along with complete meals ahead of Thanksgiving this week.

On Sunday, Nov. 20, 2022, Greater Good Music delivered turkeys to more than 300 Middle Tennessee families waiting in line at Waverly High School, in Waverly, Tennessee, where a historic flood gutted the town last year and residents have been working to rebuild. Volunteers from Joseph's Storehouse food ministry were on hand to distribute turkeys, stuffing, and fresh fruits and vegetables to families who were impacted by the flood disaster near Nashville.

Earlier this year, Greater Good Music worked with Wallen and his Foundation to help communities in need on several stops on his 2022 Dangerous Tour. Greater Good Music identified food insecure communities on the tour and organized food distributions donated by Wallen that fed more than 500,000 people in need before show time on tour stops across the United States.

Greater Good Music's mission is to prevent food insecurity by partnering with music artists to organize mobile food distributions in cities on tour. According to the US Department of Agriculture, more than 34 million people, including 9 million children, in the United States are food insecure and may not have enough food to eat each week. Covid-19, climate change, and global conflicts have exacerbated the problems of food insecurity in America and the world this year.

About Greater Good Music: Greater Good Music brings people and music together to do good. We partner with nationally known music artists on tour to supply healthy food distributions before show time to low-income families and disaster victims, so they do not have to go hungry. Greater Good Music teamed up with musicians and volunteers on tour across the United States to deliver over one million meals to food insecure people in America in 2022. We turn concert day into a day of giving. Find us at www.GreaterGoodMusic.org, and on Instagram (@GreaterGoodMusicCharity) and Facebook (facebook.com/GreaterGoodMusic). Greater Good Music is operating through a fiscal sponsorship with Players Philanthropy Fund, a Maryland charitable trust with federal tax-exempt status as a public charity under Section 501(c)(3) of the Internal Revenue Code. Contributions to Greater Good Music are tax-deductible to the fullest extent of the law.

The east Tennessee superstar and recent ACM Milestone Award recipient shares, "Awards are awesome, but my true measure of success is my fans, who this year I got to see every single night out on the road and will continue to do so for many years to come." Thanks to nearly 1 million of his fans, $3 for every ticket sold during his 2022 Dangerous Tour has raised nearly $3 million benefitting the Morgan Wallen Foundation which funds causes close to his heart. 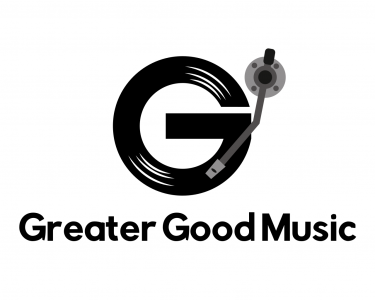