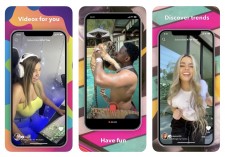 LOS ANGELES, July 28, 2020 (Newswire.com) - The popular social media app MML360, which allows users to interact through short quirky videos, is now available in the Apple Store in the United States and Canada. Unlike similar apps, which have been identified as potential security risks, MML360 focuses heavily on privacy, while all data is stored on U.S.-based servers, making it a safe alternative to other social media apps.

MML360’s focus on safety and privacy has helped it witness a massive surge in popularity in Asian markets as more and more regulators crack-down on foreign government-linked apps. It is already ranked the #5 entertainment app in Hong Kong, and #3 in India under the same category after TikTok became unavailable in both countries.

“We’ve got exciting new features on the way which will improve the user’s short video storytelling experience even more,” announced CEO Mesrop Ishkanyan.

The California-based startup has been picking up users across the globe at a rapid rate, with a growth of 889% last week alone, particularly in Asian markets, including Hong Kong, India and Singapore. The app, which takes the “Signal approach” to short video sharing, is already available for download in the United States and Canada. An Android version of the app is also in the works.

Mogul Living, inc was founded in 2020 in the United States by Mesrop Ishkhanyan with the purpose of bringing cybersecurity and online safety to social media without any compromise on the experience.