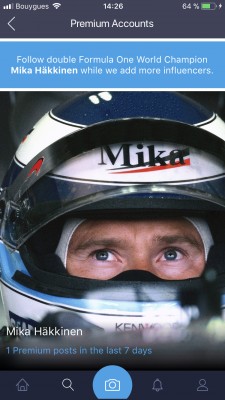 LUXEMBOURG, January 4, 2018 (Newswire.com) - Mika Häkkinen, 49, former McLaren racing driver, has co-founded a new tech startup. It is the first Premium-tier social media App enabling monetization and fundraising in social media. For fans, it gives an insider access to stars in their social media timeline. As a social media insider, you are always the first one to know and you know more than others.

iNZDR users can publish, view and comment Live Photos and videos on the App. Insiders can follow influencers, or Stars, for free but selected content on Premium Accounts can be hidden behind the paywall. Premium content, image or video, will appear as blurred without monthly subscription of approx. $1.99/month (or equivalent in the local currency).

iNZDR Premium Accounts are expected to become a major revenue generator for social media influencers. Häkkinen, who is currently inviting influencers to join this new App, confirms that some of the influencers will donate proceeds to charity. Häkkinen himself has already more than 200 private, unseen pictures and videos in the App.

According to Häkkinen iNZDR athletes will share detailed information about their fitness or nutrition programs as well as share training tips and other personal interests. Insiders are also expected to get genuinely in touch with the stars, through chat and video features. The App will also feature star emojis, stickers and GIFs.

Since retiring from his driving career Häkkinen, 1998 and 1999 World Champion, travels around the world to promote companies including McLaren, UBS, Diageo, Hintsa Performance, Nokian Tyres, Unibet and Neuroth. Häkkinen is also a frequent keynote speaker sharing his personal Formula One experiences and how to apply his learnings to other areas.

iNZDR App is advertising-free and can now be downloaded free of charge from Google Play and the App Store. 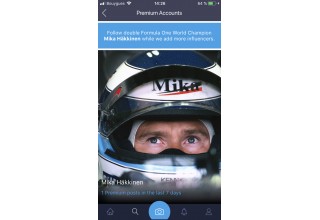 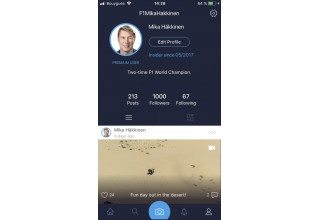 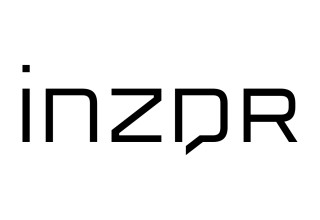 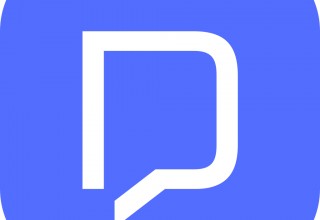