"The San Francisco Spirits competition is the oldest in North America and largest in the world. We are honored to receive silver medals for Varchas straight bourbon and straight rye whiskeys. The medals demonstrate that our products can compete on the world stage. As a startup distiller, we know we are on the right track and will continue to strive to produce products that spirit competition judges will award, and our customers will buy and enjoy."

What is the San Francisco World Spirits Competition?

The whiskey brand is a passion project for Shankar; as a whiskey enthusiast, he is devoted to making great-tasting premium American whiskey and sharing the American heritage worldwide. Shankar created a product that represents his life -- he comes from the historic city of Mysore, South India, a region with rich history and vibrant culture, built on victorious battles won by the Kings of Mysore. He credits his success as an immigrant to the wealth of opportunities found in the United States and his business victories.  The company plans to export Varchas Bourbon and Rye whiskeys to India this year. "Through our research, we are making bourbons for different palettes that are sought after in countries such as India, Germany and others," noted Varchasvi.

The stories come together through the bottles' intriguing, sexy packaging: the unique logo, a double-headed eagle -- a winning symbol of the Mysore Kingdom, and a collectible metallic American Eagle stopper, symbolizing American success. Shankar Distillers plans to release a series of aged bourbon and rye with various finishes that distinguish its unique brand.

V2Soft, Inc. is a global technology company focused in IT & Engineering Staffing, Technology Solutions, and Outsourcing. They are Headquartered in Bloomfield Hills, Michigan, with 16 offices in 6 countries. 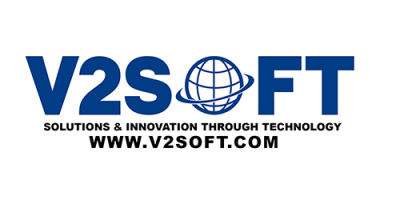 WeInvite, the Event Management Platform, Simplifies and Relaunches With Focus on Customer Experience
The platform has been simplified to focus on invitation management and virtual conferencing.
V2Soft, Inc - Nov 28, 2022
Virtual Event Platform WeInvite Launches 'VirtualToast' - Video Conferencing With a Twist
Wine or coffee with your video conference
V2Soft, Inc - Nov 11, 2020