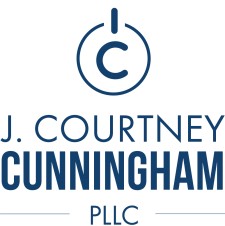 Miami, Florida, May 22, 2017 (Newswire.com) - For Eddie Sierra, watching Miami-Dade County Public Schools board meetings online was impossible. Sierra is deaf and a resident of Miami-Dade County. He wanted to be able to view and understand the video content on the school board’s website. Since he could not hear the audio portion of the video and they weren’t closed captioned, he could not use them.

In September 2016, Sierra wrote the Miami-Dade County Public Schools requesting that videos be closed captioned so he could watch them. He never received a response to his request. In January 2017, Sierra filed a lawsuit alleging violations of the Americans with Disabilities Act and the Rehabilitation Act (ADA) of 1973. On May 10, 2017, the parties resolved the issues and entered into a Consent Decree, which will remain in effect until May 2022.

“This litigation was not just about a website,” said J. Courtney Cunningham, an attorney representing Sierra. “It was about deaf people being able to engage with video content on public social media and website platforms. This litigation resolved some novel and complex issues regarding web accessibility under the Americans with Disabilities (ADA). It is clear that public entities are not completely aware of their obligations to make web content accessible to people with disabilities. But we appreciate working closely with the school district to improve accessibility and inclusiveness."

“I’m pleased that we were able to settle this litigation on positive terms for me and people with hearing disabilities,” said Sierra. “The Consent Decree guarantees that I, and others like me, have an equal opportunity to participate in all government programs, services and activities. This is a positive change and puts my community on equal footing with people who hear perfectly. People don’t understand how tough it is for deaf people. I’m proud to help bring about positive change.”

Mr. Cunningham is a civil rights discrimination litigator. His practice focuses exclusively on representing victims of digital discrimination under the Americans with Disabilities Act and the Rehabilitation Act of 1973. He has successfully settled digital discrimination cases for his clients without resorting to litigation. He has also represented clients in the U.S. District Court for the Southern District of Florida, where he has litigated cases to force defendants to end discriminatory practices. Mr. Cunningham graduated from the University of Florida, College of Law in 1986. He has been a member of the Florida Bar for 30 years. He served in the administration of President George H. W. Bush in the United States Department of Labor. Mr. Cunningham handled day-to-day legislative and regulatory affairs for three agencies within the Department including the Wage and Hour Administration and the Office of Federal Contractor Compliance Programs (OFCCP). The OFCCP ensures that companies doing business with the federal government comply with federal anti-discrimination laws such as the Americans with Disabilities Act and the Rehabilitation Act of 1973. The Wage and Hour Administration enforces federal minimum wage and overtime regulations. Mr. Cunningham was a member of the team at the Department of Labor that worked with the Congress in drafting the ADA.

Title II of the ADA applies to state and local governments. It prohibits discrimination against persons with disabilities by public entities in their programs, services or activities. It requires modification of policies, processes and procedures unless it would create an undue burden or fundamentally alter the program, service or activity. Title III of the ADA applies to public accommodations. Public accommodations include movie theaters, hotels, grocery stores, dry cleaners, lawyers, accountants, gyms and many other types of businesses. It guarantees disabled people full and equal enjoyment of public accommodations.

Section 504 of the Rehabilitation Act applies to recipients of federal funding and federal government contractors. It prohibits discrimination against people with disabilities in any program or activity receiving federal funds. Section 504 applies to state and local government, school districts, and colleges.