Los Topos Azteca and Volunteer Minister teams work through the night and the following day to save the lives of those buried beneath collapsed buildings following yesterday's 7.1 magnitude Mexico earthquake. 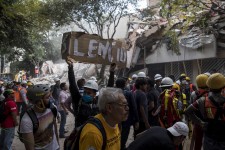 MEXICO CITY, September 20, 2017 (Newswire.com) - Rescue efforts continue in a race against time to locate and rescue survivors of the Mexico City earthquake. More than 200 have died in the wake of the 7.1 magnitude temblor that struck at 1:15 p.m. local time 19 Sept. Los Topos, paramedics, and firefighters, supported by a team of Volunteer Ministers, worked through the night pulling people out of the rubble.

As of early Wednesday, the group helped rescue at least 10 survivors including a little girl they pulled from a collapsed school. And they have also retrieved more than a dozen bodies.

When the earthquake struck, Los Topos designated the Church of Scientology Mexico as their headquarters and alerted members traveling to the city from across Mexico and Latin America to go to the Church, where they will be dispatched to different areas of the city in need of help.

In addition to logistical work and coordination, some 200 Scientology Volunteer Ministers are distributing food and water to first responders to help them keep going. They are also providing Scientology assists to rescue workers and anyone in need of help with stress and trauma.

The Church of Scientology's Volunteer Minister program is a religious social service created in the mid-1970s by Scientology Founder L. Ron Hubbard. 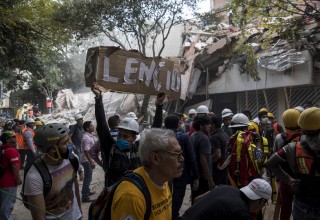 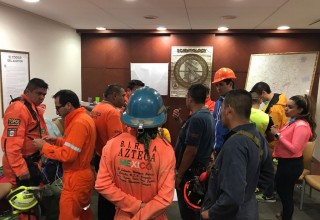 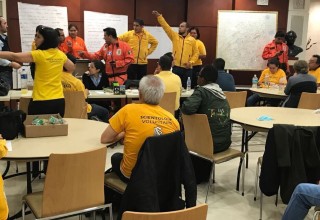 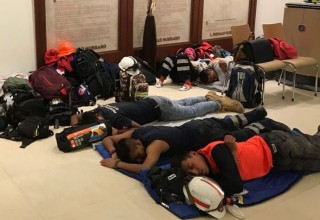