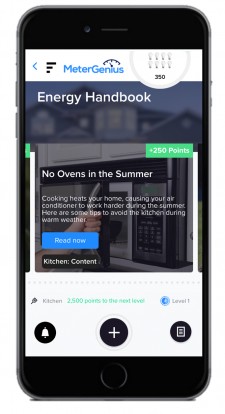 “Texans can save a ton of money on their monthly bills by just doing a few simple things,” Ty Benefiel, CEO of MeterGenius, said. “We want to empower people with the knowledge to make the easiest energy efficient choices and to save the most money in the smallest amount of time. And we want to reward them for doing so.”

August is one of the worst months for electricity bills – 43 percent higher than average for the year for Texans. And in 2018, according to the Texas Tribune, Texans are using a record amount of electricity. By releasing the MeterGenius app now, Benefiel said he hopes to bring immediate savings to Texans at a time when it’s most needed.

Additionally, the MeterGenius app aims to provide people with the most effective ways to become more environmentally-friendly and reduce their carbon footprint while also slashing their electric bills.

“We’re trying to design a way for consumers to make better energy decisions in their home,” Benefiel said about the app. “We want them to have fun while they do it too.”