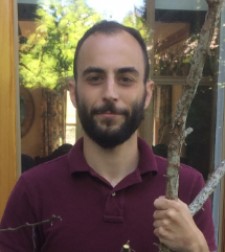 Memphis, Tennessee, June 29, 2017 (Newswire.com) - Andrew Goldstein, an 8th Grade English Teacher at KIPP Memphis Academy Middle in Memphis, Tennessee, couldn’t have been caught more off guard by the recent super-storm which wreaked havoc in his hometown.

In fact, it was one of the biggest storms of its kind over the last two decades; one similarly memorable natural catastrophe for occupants of local properties is the 1994 Ice Storm which caused significant damage to residences in its vicinity. Likewise, in 2003, Hurricane Elvis stranded a similar number of civilians.

News outlets in the area also reported possible tornadoes in the fast-moving storm, while damaging winds, destructive hail, and flooding downpours posed a similarly significant threat, especially when combined with the vulnerability of locals who may not have access to significant shelter (either because of unplanned circumstances, or because their properties were damaged as a result of the weather itself).

In the southeast of Kansas City, Missouri, the Bates County Sheriff said that he had received reports of softball-sized hailstones landing in the area.

Likewise, Kristina Pydynowski, a Senior Meteorologist at AccuWeather, spoke about the potentially devastating effect that the storm could have. "A far-reaching swath of wind damage may lead to widespread downed trees and power outages," she said during an interview, adding that gusts could "reach minimal hurricane-force strength."

"Clusters of violent thunderstorms are expected to race from eastern Kansas and Missouri into Tennessee and Arkansas into Saturday night," Pydynowski continued. "Western Arkansas and northeastern Texas will also face the severe weather that first erupts in eastern Oklahoma."

Even before the storm had landed, she predicted a handful of large areas would take the brunt of its damage: "The risk for such severe impacts will be greatest into Saturday evening from Missouri, especially western areas, to Oklahoma and Arkansas." Residents were warned to avoid driving except in emergency circumstances where it could not be avoided, and homes as far away as Tennessee and Dallas braced themselves for residual damage.

While total numbers are still based on rough estimates, it's known that over 188,000 residents were left without electric power, making it the third largest outage of its kind in MLGW history. The Evergreen Neighborhood in Midtown was one of the most significantly affected areas, and it's here that Goldstein currently resides.

Winds of over eighty miles per hour knocked down more than three hundred trees. The super-storm appeared seemingly out of nowhere on Saturday, May 27, at around 10:45 p.m.; it's known that it originated in Arkansas, then made its way across the continent to Mississippi, where most of the severe damage occurred. Andrew Goldstein reports that several large branches fell on his house and garage. During an interview, he stated:

"I heard several loud cracks and bangs during the night. When I went outside the next morning, I saw one large branch had taken out a good chunk of shingles on my garage and another almost took out a kitchen window."

The next day, he counted six large branches having fallen directly onto his residence. Because the storm affected such a large number of homes, it's likely that he'll also continue to struggle to find contractors to help him repair the damage; indeed, until the demand and backlogs for qualified professionals simmers down, it's impossible for him to even know how much he'll be paying for the work.

"At this point, whatever is the fastest and cheapest option is what I'm planning to do," said the Mississippi resident when asked if he'd consider using his Homeowner's Insurance Policy to cover the damage. However, it's hard to deny the obvious; not knowing how, or when, the damage is going to be fixed, would cause anyone significant stress.

The teacher is also no stranger to the world of property repairs thanks to his experience as a property rental owner, work which he continues to do under the business name Forest Holdings, LLC. As a supporter of the Let's Innovate Through Education (LITE), Evergreen Historic District Association, and Tennessee Sheriff’s Association, he understands the importance of community-based initiatives that will better his country and neighboring areas as well.

However, until the Sigma Chi Fraternity alumni receives more information, he'll need to resort to trying to relax by taking part in a few of his favorite recreational hobbies, like traveling, playing soccer, and reading.