"Meet a Scientologist" Conquers the Heights of Sydney With the Kings 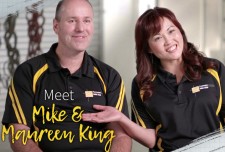 LOS ANGELES, April 29, 2019 (Newswire.com) - Scientology Network’s "Meet a Scientologist," the weekly series spotlighting the everyday lives of Scientologists from around the world and all walks of life, announces a new episode featuring skyscraper maintenance innovators and entrepreneurs Mike and Maureen King.

For Mike King, a day at the office may mean dangling from ropes 30 stories high to see to it that the skyscrapers in Sydney, Australia are in tiptop shape. But this high-flying entrepreneur is firmly grounded when it comes to the safety of his crew. Mike and business partner and wife, Maureen, rose to the top, building an award-winning company from the ground up.

British-born Mike King relished the extreme challenges growing up in Australia afforded him, from surfing 14-foot waves to scaling tall trees. His passion for exhilarating endeavors led him into the boxing ring, battling his way to a professional career and the state championship. After hanging up his gloves, he chanced upon abseiling (descending the face of near vertical surfaces by rope) as a way to clean skyscraper windows. Faster and less expensive than scaffolding the height of tall buildings, he and his wife, Maureen, soon built Townview Australia, a business that towers over the competition and became a leader in skyscraper maintenance. Working high above the streets of Sydney, every job is a dangerous job, but the Kings put their crew through intensive safety training and so boast a spotless safety record.

The Scientology Network debuted on March 12, 2018. Since launching, the Scientology Network has been viewed in 237 countries and territories worldwide in 17 languages. Satisfying the curiosity of people about Scientology, the network takes viewers across six continents, spotlighting the everyday lives of Scientologists, showing the Church as a global organization and presenting its social betterment programs that have touched the lives of millions worldwide. The network also showcases documentaries by independent filmmakers who represent a cross-section of cultures and faiths but share a common purpose of uplifting communities. 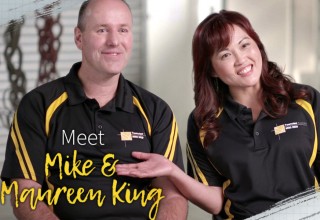 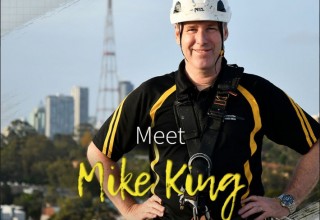 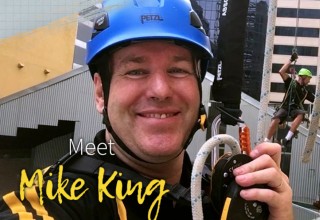 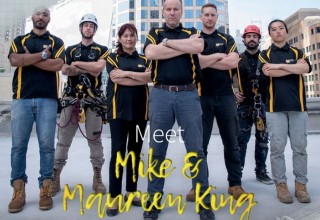