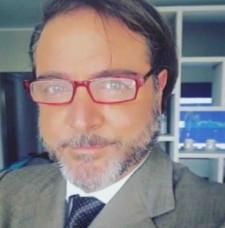 MIAMI, November 28, 2017 (Newswire.com) - ​Massimiliano Fiano is a highly respected hedge fund manager, with his work discussed all over the world.

He has overseen operations over many businesses and individuals in the industry. All while working as a currency analyst and commodities trader. It has been through these jobs that he realized many people need guidance and assistance in different kinds of trading.

Based on a collection of algorithms that lets every level of traders to get into the industry, Fiano developed software to assist.​

Trading Program For All Levels Of Traders

This software is called a High-Frequency Program (HFT) and designed as a background process program. This quality means the program can run independently.

Back in 2001, Fiano worked vigorously on the software, perfecting the coding and processes between the numbers.

After many years of operating late and logging long hours of work, the program finally finished.

This kind of program is not new to the trading world, Fiano admits. But what puts the software above other programs is the user-friendly interface. This interface makes it easy for beginners to navigate their way to successful trading.

Also, what makes this software unique to others is it can work on its own in the background. Traders plug in their preferences and other personalized options, then let the program work for them. This fact is opposite to other trading programs, which need constant watch during the trading day.

Inside The Numbers Of The Program

Because the software works in the background during the day, it has to compute information quickly. Fiano was able to input trends that happen more frequently than others. These patterns predict the market to the best of its ability.

The trends and patterns embedded into the software are crucial for highest performance. Also, what separates this program from others is the quick decision-making it can handle during the day. It's able to observe the market and watch other patterns at the same time.

Because of the quickness and pattern recognition, the program can make an educated trade within seconds of a trend taking place.

This quick movement is because of the analytics baked into the program. The numbers are the backbone of Fiano's work.

While performing on an autopilot stage, the software crunches these changing numbers and trends on the fly. This process is genuinely futuristic and revolutionary.

From the time Fiano's program became available to the public, it has changed the way other applications model their coding. Almost every program made after Fiano's has some parts of his work.

Performance Of Fiano's Software In Industry

After Fiano first released the software to the public, users experienced almost positive returns right away. The profits were coming in at nearly four percent, which turned heads in the industry immediately.

When talking about the software, Fiano stresses one key advantage he had. He was able to take away some of the fees that were too small to make a difference at the time but added up in the long run.

The program isn't spared by business experts, however. Since all the program's decisions automatically are made, critics say it takes away from human choices. And since the program is on algorithms, many believe it could lead to dangerous trades in the future.

As the originator of the software, Fiano is adamant about warning users they need high-performance computers. This tidbit of advice means the computer can handle the background program during the high-volume trade day.

Overall, Fiano's method lets the trading world be accessible to every trader level, even to ones who don't have the expert experience. Fiano predicts the software to continue to grow and evolve along with the trading industry.

If you are curious in Fiano's High-Frequency Trading program or have any questions, you can contact Massimiliano Fiano or Richard Smith through this contact form.