'Masculinity is Our Future' Sets Out to Revolutionize Masculine Virtues 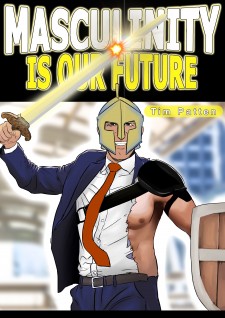 SAN FRANCISCO, January 8, 2018 (Newswire.com) - Tim Patten has released his sixth book on Jan. 4, 2018. “Masculinity Is Our Future” is an unapologetic and realistic understanding of what being masculine means and how those who possess its modern traits are lionized, celebrated and valued. The book is available at all worldwide Amazon online outlets (https://www.amazon.com/dp/B078SYS2SK).

“After the women’s movement produced outstanding equity results for women and gays, it bankrupted its reputation by inventing false facts and institutionally disrespecting masculinity and natural male qualities,” stated Patten. “Modern women’s studies are indoctrinating young people into an untruthful caste system theory with one-sided facts such as patriarchy, declaring a male powered society is oppressive and not protective of women. This societal male-bashing has resulted in a mere 8 percent of support for feminism in the UK, it is killing the women’s movement.”

Millions have already joined the throngs of rebels, armchair enthusiasts and a growing swelling of the public are coming together in a counterculture movement that values, respects and nurtures masculine virtues. Patten said, “Men have been reviled, withstood invalidation, and called toxic for more than four decades. However, Masculinity is Our Future represents an insurgency, a massive underground awareness that is transgressive, inclusive and determined to change old-school gender narratives.”

Patten contends the pendulum has swung too far, paying attention to only women’s needs for the past four decades, ultimately ignoring men’s health issues, leaving boys and men lagging behind girls and women across the entire educational system and suffering from a suicide epidemic.

Tim Patten is a former roller derby athlete and team owner and is the author of six books. The most popular, “MGTOW Building Wealth and Power” was published in 2016. For more information, please visit: https://www.amazon.com/dp/B078SYS2SK