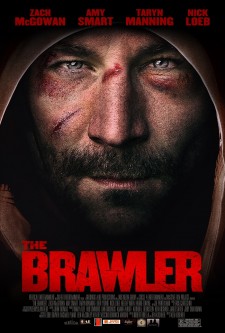 Inspired by true events behind “Rocky.” Local boxer Chuck Wepner was a liquor salesman in Bayonne, New Jersey when he got the call, a once in a lifetime shot. Chuck was going to fight the Heavy Weight Champion of the World, Muhammad Ali. Chuck trained hard, pushing himself to the limit so he could go toe to toe with the greatest fighter of all time. His heroic battle with Ali was only the beginning of a wild ride that takes Chuck from the lows of New Jersey to highs of Hollywood.

Mary Aloe, producer, states, “This is a true underdog story. 'THE BRAWLER' takes us on a wild ride while it exudes unlimited heart and soul; with fantastic performances by our stars.”

Aloe Entertainment is one of Los Angeles' most prolific independent production companies. The Los Angeles based feature film/television company was created in 1999 by Mary Aloe.