As a 28 year veteran of the Vancouver Police Department, and 12 years spent in the Technological Crimes Unit, Mark recovered approximately $600 million in compromised financial data. 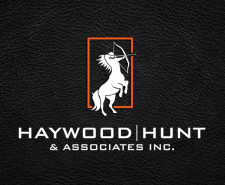 TORONTO, February 25, 2021 (Newswire.com) - Haywood Hunt and Associates Inc. is pleased to announce the addition of Mark Fenton to lead their OSINT Intelligence Division.

As a 28 year veteran of the Vancouver Police Department with 12 years spent in the Technological Crimes Unit, Mark recovered approximately $600 million in compromised financial data. He has provided crucial intelligence in relation to a number of high profile data breaches across North America, which resulted in the successful arrests of a number of global suspects.

As well as assisting municipal law enforcement agencies across Canada and the United States, Mark also worked closely with the RCMP, the FBI, the United States Secret Service, the United States Postal Inspectors and the Economic and Financial Crimes Commission of Nigeria. Mark has also assisted the top 7 financial institutions in Canada, a number of large U.S banks and the 4 main North American credit card companies in recovering millions of dollars' worth of compromised data.

These investigative methods are becoming invaluable to investigators as intelligence analysts are able to uncover information using methods that were once thought impossible.

At Haywood Hunt OSINT is often critical in the collection, collation and analysis of evidence allowing them to offer intelligence that is beyond the scope and capabilities of the vast majority of private investigation agencies. All of their methods are legally sound and utilizes processes that the courts will accept.

We are a Premium Full-Service Team of Private Investigators Serving Toronto, Mississauga, Brampton and the Entire GTA. Our agency offers Professional Investigation | Surveillance Services for both Corporate and Personal Investigations. 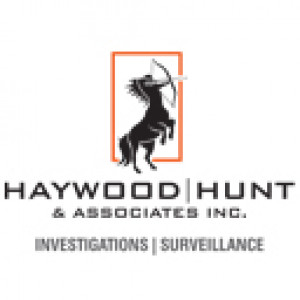 Haywood Hunt and Associates Inc. is Pleased to Announce the Addition of Jeff Filliter to Its Corporate Investigations Team
Jeff is a seasoned investigator with over 45 years of experience with the R.C.M.P. and Scotiabank and in private practice
Haywood Hunt & Associates Inc. - Jul 7, 2020
Newswire