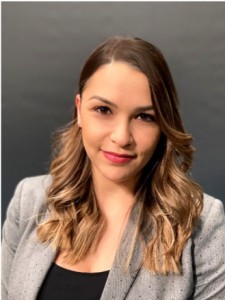 ADDISON, Texas, November 15, 2019 (Newswire.com) - PHP Agency Inc. is pleased to announce its first internal C-level promotion, appointing Maral Keshishian as Chief Reputation Officer. Maral’s steadfast devotion to the organization and her vision for propelling PHP to the top of the financial services industry make her an undeniably fitting choice for this new role.

Since joining PHP in 2011, Maral has served as the Director of Finance. She has an MBA from Woodbury University, as well as a B.A. in political science from the University of California, Los Angeles (UCLA). She is solution-driven, an outside-the-box thinker, and a great example for PHP leadership across the nation.

“It is an honor to have been with PHP from near inception, and I am humbled by this new level of responsibility as we cross our 10-year mark,” said Keshishian. “Our growth and success are largely credited to our culture and The PHP Way – we take pride in protecting that for our organization.”

Shortly after creating the organization, Patrick Bet-David, CEO and Founder of PHP, recognized Maral’s potential while she served as his banker. During that time, she was working full-time and getting her degree at UCLA.

“Maral is somebody who doesn’t make any excuses. After she started working with me, she got her MBA at Woodbury, and then she moved away from where she grew up in LA to help expand the company in Texas,” said Bet-David. “Maral sets a great example that shows if you work hard, develop yourself and keep improving, you can move to the top of the organization.”

As CRO, Maral will play an important role in the ongoing growth of the field leadership across the nation. “The future of PHP looks bright when we promote leaders like Maral Keshishian,” Bet-David said.

PHP Agency Inc. is a national financial services organization founded in 2009 by Patrick Bet-David. PHP partners with some of the world’s leading insurance and annuity carriers and provides a part-time or full-time opportunity to those wishing to pursue careers as life insurance agents. To date, PHP has over 12,000 licensed agents and has served more than 200,000 families. The company is privately held and headquartered in Addison, TX.

Founded in 2009, PHP Agency Inc. is a tech-enabled national financial services organization. PHP partners with leading insurance and annuity carriers and provides a part-time or full-time opportunity to those seeking careers as life insurance agents.

PHP Agency Kicks Off the Year With Regional Events Across the Country
PHP Agency, Inc - Mar 15, 2022