Asensio seeks to defeat corruption now before it leads to total tyranny against his fellow citizens. 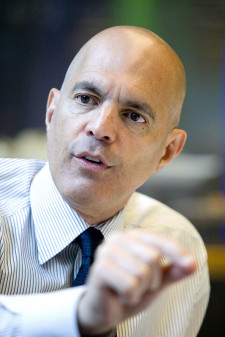 GAINESVILLE, Fla., November 19, 2021 (Newswire.com) - Manuel P. Asensio, a tried-and-true fighter of institutionalized corruption and champion of freedom of religion, the press, and speech rights, has announced his campaign for the Republican nomination in Florida's 3rd Congressional District. When elected, Asensio promises to expose and end the corruption that has enabled the Left to wrongfully take control of the U.S. Constitution. He is running for Congress to expose and dismantle the federal corruption that seeks to destroy the Constitution's protections of the American liberties and freedoms, and private property.

Asensio seeks to defeat corruption now before it leads to total tyranny against his fellow citizens.

"I am repulsed by the unholy alliance and dirty politics used by both sides to enable the Radical Left. This has resulted in canceled facts, reasoning, and religion in all levels of government and made a disgraceful farce of our Constitution," said Asensio.

"Republican voters are tired of the corruption they see in their party's Washington leadership. They are fed up watching the establishment colluding with the Radical Left to violate the Constitution's most important doctrines. These are our only protections against dictatorship. I will expose how, where, and why the establishment has aligned with the Left to ruin values, truth and reason and the integrity of America's courts, borders, and the 2020 census, the presidential and all elections," said Asensio.

"I will stop the nonsense and political absurdities that have taken over our federal government. I will stand up and fight political corruption with undeniable smoking-gun facts and law," he added.

Asensio founded Asensio & Company, the first Wall Street firm dedicated to fighting corruption. His phenomenally successful investigations uncovered fraud harming investors and improved capital markets. As a result, he became known as a pioneer of information arbitrage. In 2016, Asensio founded the Institute of Judicial Conduct to research corruption in the regulation of the federal judiciary and the administration of family liberty and individual rights. His congressional campaign brings this wealth of knowledge and experience to the political arena.

A conservative Christian Republican, Asensio has experience with left-wing government takeovers in Cuba, Venezuela, and the United States of America. He earned his undergraduate degree from the Wharton School of Business and his graduate degree from Harvard Business School.

Asensio was born in Cuba and fled communism at six years old, two weeks after the Bay of Pigs invasion. His parents taught him since childhood to embrace conservative values and to fight for individual dignity and independence. Caridad Asensio, Asensio's mother, is cofounder of the Caridad Center, Florida's largest free health clinic and one of the largest in the nation. She is a member of the Florida Women's Hall of Fame and a recipient of the National Jefferson Award.

To support the cause, please visit https://secure.winred.com/asensio4congress/donate-today.