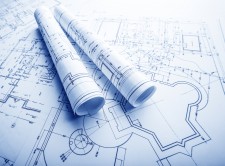 Jefferson County, Alabama, June 22, 2017 (Newswire.com) - Manhattan architect Teresa Callen has been made redundant twice and in both times, she was facing serious personal difficulties. After being made redundant the second time, she decided that it was time for a change. Rather than looking for a new job as an architect, she decided to start a franchise for architects instead. In so doing, she aims to address the professional difficulties that many architects the world over are facing.

Callen established Road of Pride, which is her architectural franchise. The business aims to ensure that homeowners are able to access a professional, custom, high quality, design service. At the same time, she wants to use her franchise to empower other female architects.

The focus on female architects came from her personal experience. Also, her first redundancy came as her mother was battling against cancer, and her second when her daughter had become ill. She says: "What I noticed was that I faced what women have been facing for hundreds of years; that is, they lose their jobs when they have to look after their families, while at the same time being the ones expected to look after their families. Counting my husband and myself, we have been redundant three times, each time when we were dealing with family problems. And, interestingly, we both have higher qualifications, from higher-ranked universities, and more experience than those who stayed on. Unsurprisingly, those who stayed on were mostly men. I felt this needed to change."

While the franchise opportunity is open to all architects, men and women alike, women are being particularly encouraged to join it. In so doing, Callen, with the support of her husband, aims to address one of the greatest problems in the industry, which is the gender disparity. Indeed, around 50 percent of architecture students are female. Yet, only 25 percent of those registered as architects are female, and only 17.5 percent are members of the main industry bodies.

Teresa Callen's first redundancy came in 2009, when the recession hit. She spent one year looking for a new job and, just as she found one, her husband was made redundant. Then, in 2015, tragedy struck again and Callen once again lost her job. With over a quarter of a century of experience between them, Callen and her husband decided it was time for a change. In part, her decision was due to the fact that she was once again out of a job, but this unfortunate necessity has now turned out to be the best thing to have ever happened to the family.

She says: "I love being an architect — always have and always will. But I also love being busy. Once both my children were doing well and were quite independent, I felt it was time to do slightly more. A friend of mine who had some financial expertise said that I had such a successful business model that more people should learn from me, and that was what caused me to think of starting a franchise."

Three women and one man have already signed up for the franchise. They are all registered architects with a great deal of experience. The three women had experienced gender disparity within the industry, and were therefore all too happy to sign up. The franchise model teaches those who join how to find new contracts within the interior and exterior design industry. They are all home-based opportunities, which means there are very few overhead costs. This translates into lower prices charged to clients, making it easier to stand up to the competition. Furthermore, because everybody is working for themselves, they can only take on one client at a time. If more clients come in, they are encouraged to contact the other franchisees to take on the position. In so doing, clients don't have lengthy waiting periods, which in turn makes the franchise more popular than many of the bigger architectural companies.