The decision will help employees prove they suffered unjust retaliation in whistleblower lawsuits. 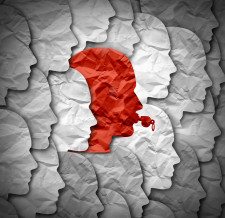 LOS ANGELES, June 23, 2022 (Newswire.com) - Majarian Law Group, a Los Angeles employment law firm that represents employees who have been wrongfully terminated, has shared insights on the California Supreme Court ruling regarding the burden of proof required by plaintiffs and defendants in whistleblower retaliation lawsuits. According to the firm, the ruling in Lawson v. PPG Architectural Finishes helps provide clarity on which standard to use for retaliation cases.

The previous standard applied during section 1102.6 retaliation claims was the McDonnell-Douglas test. Prior to the ruling in Lawson, an employer was simply required to show that a legitimate, non-retaliatory reason existed for the adverse employment action, at which point the burden would shift to the employee to show that the employer's stated reason was pretextual.

With the ruling in Lawson, when litigating Labor Code section 1102.6 retaliation claims, employers in California are now required to prove by "clear and convincing evidence" that they would have retaliated against an employee "even had the plaintiff not engaged in protected activity".

In the lawsuit, the court considered the case of Wallen Lawson, who worked at PPG Architectural Finishes. Lawson was a territory manager for the company from 2015 to 2017. In 2017, he was put on a performance review plan for failing to meet his sales quotas. Around the same time, he alleged, his supervisor asked him to intentionally mishandle products that were not selling well so that his employer could avoid having to buy them back from retailers.

When Lawson refused to follow this order, he made two calls to the company's ethics hotline. The second call resulted in an investigation, and soon after, Lawson received a poor performance review and was fired. He sued PPG Architectural Finishes, claiming his employer had retaliated against him for reporting the illegal order.

Employment attorney Garen Majarian applauded the court's decision. "Companies must take measures to ensure they treat their employees fairly. That includes employees who insist that their employers live up to ethical principles," said Majarian, who serves as a wrongful termination lawyer in Los Angeles.