Loveorfriends, the First App to Let You Meet a Robot! 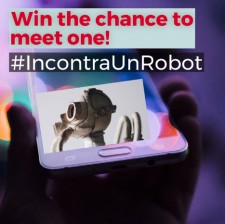 MILAN, Italy, January 30, 2018 (Newswire.com) - Lorf is launching a new competition: “#IncontraUnRobot!” (#MeetARobot). Loveorfriends is the first app to offer some lucky users the opportunity to meet and interact with a humanoid robot. To take part, users simply need to register by completing a form on www.loveorfriends.com and downloading the loveorfriends app, available on GooglePlay and AppStore, by 14th February 2018. The 3 users that persuade the highest number of their Facebook friends to download the app by 14th February 2018 will win the chance to meet the “LorF Robot”.

Does “LorF Robot” dance or sing? Does it prefer taking selfies to cooking and cleaning? Does it like travelling by bike or by car? Is it a suave seducer that sometimes cries when things go wrong? The winner of the “#IncontraUnRobot!” competition will be able to find out the answer to all these questions and more on 15th March 2018 in Milan, when the location and identity of the “LorF Robot” will be revealed!

Many people claim that robots and artificial intelligence will be a fixture in our daily lives in the relatively near future, possibly as soon as 2025. While this view seems to be fairly widespread, there are wildly differing views on the impact they will have: Will robots create or destroy jobs? “While predictions are never easy, I hope this competition can help modulate some of the concern around the issue, by giving users of our app the chance to meet and interact with a humanoid robot and make up their own minds. But the main goal of our competition is to show the potential in terms of socialization of a humanoid Robot and its possible uses for individuals and the community, with particular reference to Autism, given that it is precisely the lack of social interaction that lies at the root of the autistic syndrome,” explains Andrea Buragina.

The same loveorfriends was created as an app that promotes socialization: It allows users to have fun with their Facebook friends, encouraging them to meet up in the real world for a bite to eat or a drink. In light of the major interest in the impact that robotics will have on all of our daily lives, Lorf dreamed up the “#IncontraUnRobot!” competition, which expands the Lorf concept to a meeting with a humanoid robot.

Robots will certainly play an increasingly prevalent role in the health, transport and logistics sectors, with the experience of Amazon providing just one demonstration that the robot revolution is already underway. There will also be a significant impact on all areas of home upkeep, where some progress has been made but there is still a long way to go. Another interesting area of application is customer service, where robots can certainly provide enhanced interactions.

This will certainly represent a sea change that drives a major shift in our concept of work: technology will increase productivity and free up time that can be dedicated to family and friends.

Opinions about the impact on employment are clearly split. There are those who take a pessimistic view, that machines and technology will not only replace less specialist workers, but also all regular employees. According to this view, the advent of robots will create massive economic inequality, unemployment, and even the risk of a complete collapse of the existing social order. The optimists among us maintain that technology and innovation will be able to create more new jobs than will be lost to the robots. This is because, throughout the course of human history, mankind has always been able to create new industries, new jobs and new ways of making money.

Whereas change is frequently accompanied by uncertainty and sometimes worry, on the other hand, it is perhaps best to remember that the reality of change rarely reflects our worst fears. In any case, given that this is now an unstoppable process, it is important to approach change with a positive mindset, keeping in view that while computers can outdo us in calculations and logic functions, human beings will always have the upper hand in the areas of intuition and creativity.

For full details on participation in the Contest, please consult the Rules, which are available on www.loveorfriends.com.

LORF is an innovative start-up founded on Valentine's Day 2017 and it is also a Benefit company that supports projects on autism. LORF has obtained Pending Certified B Corporation status, the highest standard for socially responsible companies. The loveorfriends App facilitates social interaction by encouraging people to swap the virtual world for the real one: this objective is strategically related to the “benefit” goal as it is precisely the lack of social interaction that lies at the root of the autistic syndrome. Some autism sufferers, such as those with Asperger’s syndrome, could be among users of the app. LORF promotes HomeMate, which uses technology to give autism sufferers greater autonomy; it is supported by a video, "Did you know Autistics Change the World?", which takes the positive side of autism as the starting point to illustrate not only what autism is but also the potential future financial burden on the community, a problem that HomeMate’s technologically-assisted autonomy could help to solve. 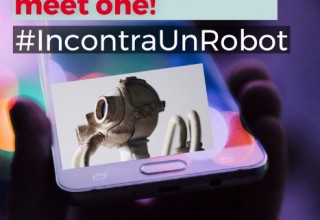 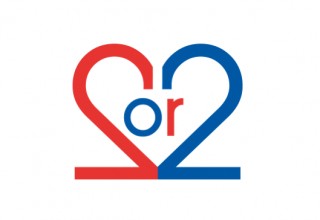 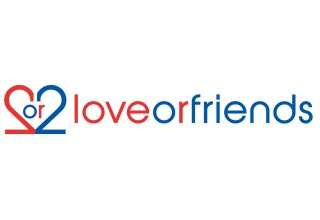 How About a Robot for a Friend? Meet One With the loveorfriends App
Lorf launches the #RobotFriend" competition
LORF S.B. S.R.L. - Jun 21, 2018
Newswire