Lost Oak Winery Is Putting Texas on the Map

The family-owned and operated winery is growing bigger all the time and winning awards in the process.

BURLESON, Texas, April 18, 2022 (Newswire.com) - Lost Oak Winery, a family-owned and operated winery located in Burleson, Texas, is putting the Lone Star State on the map with their wine, which - they are proud to proclaim - is "100% Texas."

Mind you, it was a victory that also led to a big change - originally known as Lone Oak, the competition led them to discover that a Sonoma vineyard had already trademarked that name - but at the same, the winery was able to start a new chapter with a big win.

A great deal of Lost Oak's success can be placed on the shoulders of one woman: Roxanne Myers, president of the winery. In fact, to simply say that she's the president doesn't do her contributions justice, since she has a hand in every aspect of the winery from the Tasting Room all the way to the top of the company. Over the course of the last 13 years, Myers has helped increase Lost Oak's sales by 600%, enabling the winery to expand into the Hill Country by developing a robust event business.

"Texas is now the fifth-largest wine-producing state next to California, Oregon, Washington and New York," said Myers. "Texas wineries are now contributing more than $13.1 billion of economic value to the state, and you can rest assured that Lost Oak is doing everything we can to raise those figures even higher, including shipping our products straight to consumers."

Inspired by founder Gene Estes' creativity and passion in the art of winemaking, Lost Oak Winery was founded in 2006 in Burelson, Texas. The family-operated, woman-owned winery specializes in French-inspired wines that are 100% Texas. Lost Oak has continued its lengthy legacy with awards for its leadership role in the dedication to and support and promotion of the Texas wine industry, including their longtime affiliation with the Texas Wine and Grape Growers Association. 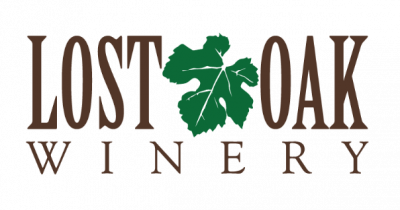