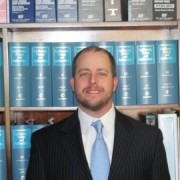 Los Angeles, Calif, August 12, 2015 (Newswire.com) - The Law Offices of Steven M. Sweat, APC -- experienced bicycle accident lawyers in metro Los Angeles  --are pleased to announce that principal attorney, Steven Sweat, has become an official sponsor of the California Bicycle Coalition, an organization advocating cycling and cycling safety throughout the state. Mr. Sweat’s sponsorship of this organization further demonstrates his commitment to safety and representing the legal rights of people injured by the negligence of others.

According to an article published by the Los Angeles Times, California led the nation in bicycle accident fatalities in 2014. Even when bicycle accidents are not fatal, individuals can sustain extremely serious injuries that can result in long-term medical problems and even disabilities. Formed in 1994, California Bicycle Coalition advocates bicycle safety in a number of ways, including legislative initiatives, bicycle safety education, and connecting cyclists with various resources that can help them reduce the risk of accident involvement. Several of the organization’s accomplishments are listed below.

• Wrote and sponsored Assembly Bill 1020, which more than tripled the funding available to the Bicycle Lane Account

• Co-sponsored  Assembly Bill 1475, a law that invested $115 million in bicycle and pedestrian safety projects around California school over a five-year period

Steven M. Sweat, APC, is a law firm lead by Steven Sweat who is committed to representing the legal rights of clients who have been injured by the negligence of others. In addition to providing legal advice for bicycle accident victims, Mr. Sweat handles cases arising from a variety of preventable accidents, including car accidents, slip and falls, truck accidents, motorcycle accidents, and injuries caused by defective consumer products. Prospective clients can call the firm at (323) 944-0993 to schedule a free consultation.