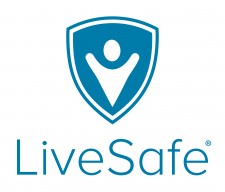 The SAFETY Act of 2002 (Support Anti-terrorism by Fostering Effective Technologies Act) provides incentives for the development and deployment of anti-terrorism technologies and establishes liability limitations for claims resulting from an act of terrorism where Qualified Anti-Terrorism Technologies (QATTs) have been deployed. The LiveSafe Platform, including the Mobile App and the Command Dashboard, are now listed on the exclusive DHS Approved Products List for Homeland Security.

“This is a major validation of the technological underpinnings of the LiveSafe Platform and a significant differentiator for us in the market,” said LiveSafe President and CEO Carolyn Parent. “Now our customers and future customers can rest easy knowing that the LiveSafe Platform comes with important downstream liability protections in the event of a terrorist attack and has been vetted against the highest-quality standards available.”

The receipt of both SAFETY Act Designation and Certification means that the LiveSafe Mobile App and Command Dashboard demonstrate proven effectiveness and provide high confidence they will continue to be effective. The accreditations provide government contractor defense that immunizes sellers against claims brought under the SAFETY Act and extends protections to the customers and users of the technology. The certification is valid until 2024 and is retroactive for sales as early as Jan. 1, 2017.

Meeting the standards for certification under the SAFETY Act is a demanding and challenging process that not all companies are capable of achieving.

“To achieve SAFETY Act Certification, LiveSafe was required to demonstrate in great detail to DHS its internal processes on how it developed and maintains the LiveSafe platform. By achieving this award, customers have an unbiased, independent validation that LiveSafe provides industry-leading capabilities,” said Akmal Ali, principal at Catalyst Partners and a former deputy director of the DHS Office of SAFETY Act Implementation.

“Obtaining Certification-level approval from DHS demonstrates LiveSafe’s commitment to providing an effective platform for its customers to maintain situational awareness of its risk and drive critical intelligence to make decisions on safety, security and risk,” Ali said.

“As a client, Hearst values the SAFETY Act Certification that LiveSafe has just been granted by the Department of Homeland Security,” said Jim Cawley, global director of corporate security at Hearst Corp. “The importance of this validation cannot be understated as the LiveSafe tool has become such a critical platform for our security operation. We recognize and appreciate the work that has been done by the LiveSafe team to gain this award and greatly value this partnership.” Hearst Ventures is an investor in LiveSafe.

LiveSafe continues to experience explosive growth, given rapid market adoption of their industry-leading risk intelligence platform. To capitalize on this momentum, the company expanded operations to the Tampa Bay area, opening its first Center of Excellence in Clearwater, Florida. The Southeast Center is educating and training LiveSafe alliance partners, customers and prospects on risk and prevention best practices, implementation methodologies, integrations and KPIs leading to tangible Return on Prevention.

Major leaders and public safety and security experts are advisors to LiveSafe, including former U.S. Homeland Security Secretary Governor Tom Ridge, former Director of the U.S. Secret Service Mark J. Sullivan, former NYC Police Commissioner Ray Kelly, former Boston Police Commissioner Ed Davis and more than 300 customers across the United States. Market response to the value of LiveSafe has resulted in more than a 6X growth in the number of clients and a 5X growth in total contract value over the past three years. 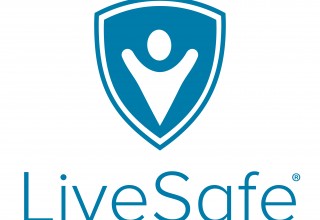 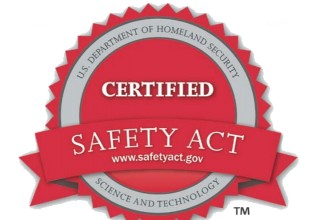 Introducing WorkSafe: A Simple Way to Health Check Your Employees Before They Come to the Office
Make WorkSafe part of your COVID-19 return-to-work strategy and join the national movement to get WorkSafe Verified.
LiveSafe Inc. - May 5, 2020