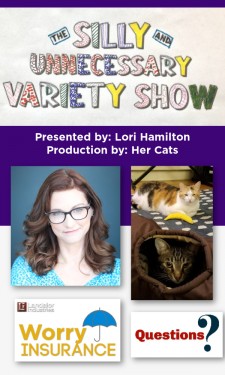 Chris Coleman, Artistic Director, Denver Center for the Performing Arts, said, "Lori Hamilton is nuts! Her work is hilarious, and surprising and wonderfully human in its zaniness," and the Atlanta Press called her work "Brilliant," and said her show was a "slice of life that is diverse enough to entertain us and personal enough to embrace us."

The online shows are offered through the Edinburgh Festival theater, theSpaceUK, that Hamilton is scheduled to perform at in 2021. It was planned in the last month as an alternative for artists to continue creative work during the worlds' quarantine. Hamilton said, "I'm so excited to be doing this online show. It will be extra fun to take audience questions, and it sets the stage for the in-person work next year in Edinburgh!"

Putting together a Variety Show in a mere few weeks has been a "thrilling challenge," Hamilton says. She is also looking forward to using her training and improvisational skills to handle the unforeseen things that could happen while acting, singing, all while filming a show, only by herself in the comfort of her New York apartment.

About Lori…
Lori grew up just outside of Northern California and attended UCLA, where she studied Linguistics and Modern British Drama. She studied Opera at The Juilliard School, New England Conservatory, and Mannes College of Music. After signing with the Boston Symphony and the Atlanta Opera, she went on to do comedy, writing, and performing. Lori has written and produced over 150 short films, created and performed four one-woman shows, including a much-lauded tour with the National New Play Festival in the United States. Her talents have earned her 37 awards for creative and writing excellence, including five Best of Shows. Her cats did not help at all, although they take credit for providing with her constant, much-needed supervision. To see more of her work, visit TheLoriHamilton.com.

About the Show…
Online@theSpaceUK has responded to the challenges of COVID-19 by creating "one festival, three weeks, eighty shows, all written and produced in lockdown." Performances of 15-25 minutes each will be uploaded to theSpaceUK website during August, or as part of a one-off, live-streamed event, which will also be available to audiences throughout August.

For questions and interviews please contact Julia Roberts at 404-731-8931 or julia@robertsresource.com.

From brand identity and social media to targeted direct mail and advertising, Roberts Resource helps companies make sense out of the chaos known as marketing. You'll find us honest, accommodating, convincing, and fun. 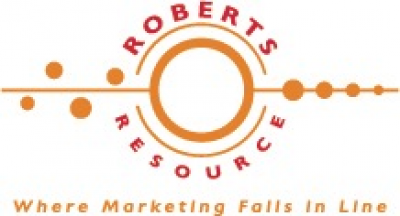