Meet the young, genius inventor Leonardo Da Vinci and his best friends, Lorenzo and Lisa, as they embark on a wild and exciting adventure. From flying cars, treasure maps, pirates and sunken galleons, it's a family adventure everyone will love! In theaters August 2, 2019. 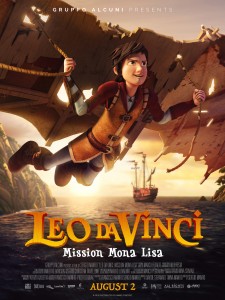 NEW YORK, June 26, 2019 (Newswire.com) - Looking to escape the heat and have already seen Toy Story 4? Never fear … one of history’s greatest names arrives on the big screen in Ammo Content’s Leo Da Vinci: Mission Mona Lisa. Directed by Sergio Manfio, this delightful new take on the great Leonardo Da Vinci will open in cinemas across the United States on August 2, 2019. With its endearing characters, thrilling story and stunning animation, this is a Summer holiday film families will not want to miss. Find a theater near you: www.leodavincimovie.com.

Life is idyllic in the quiet town of Vinci. The young genius inventor, Leo da Vinci (voice of Johnny Yong Bosch), is constantly tinkering and testing his inventions while his best friends, Lorenzo (voice of Bryce Papenbrook) and Lisa (voice of Cherami Leigh), help but keep a healthy sense of humor as he shoots for the impossible.

On their return from an outing to a nearby lake, the trio has a shocking surprise: Lisa’s family home has mysteriously burst into flames and, to make matters worse, the odious landlord is demanding that her father repay his debts in full -- or agree to have Lisa marry his despicable son.

Leo has to catch his breath -- he can’t lose Lisa, especially not like this.

Determined to raise the money Lisa needs, Leo takes his paintings and heads with Lorenzo and Lisa to the nearest big city, Florence, to either sell them or try to get work from a local master. In the town center, they happen upon a mysterious storyteller who not only tells a tale of hidden treasure but has a one-of-a-kind treasure map that he is willing to sell. Could this be the solution to Lisa’s troubles?

During their quest for the treasure, Lisa, Lorenzo and Leo are helped by a little girl, Agnes (voice of Faith Graham), a fearless and resourceful street orphan, and Niccolò (voice of Landen Beattie), a little Polish boy who has taught himself all there is to know about the stars and constellations.

Soon, our young heroes realize that they are not the only ones on this quest - a group of sinister pirates follows their every move with the intent of stealing the treasure for themselves.

Leo’s ingenious inventions, Lisa’s brilliant ideas, Lorenzo’s loyalty and Niccolò and Agnes’ clever input swirl into an exciting crescendo. Does the treasure exist? Will they be able to evade the pirates? Will Lisa’s father be saved? It's a race to the finish, in this story of courage, bravery and friendship: LEO DA VINCI: MISSION MONA LISA.

"Leo Da Vinci: Mission Mona Lisa is a story of courage, bravery, friendship and above all, allowing the strength of youth to shine. Masterfully animated, we see these diverse young characters become heroes, all the while staying true to themselves. It's a wonderful message, one which I am incredibly proud to bring to American families in theaters this summer." ~ Arman Oner, CEO Ammo Content (Distributor).

Join the adventure with Leo, Lorenzo, and Lisa at a theater near you. Visit www.leodavincimovie.com for listings. 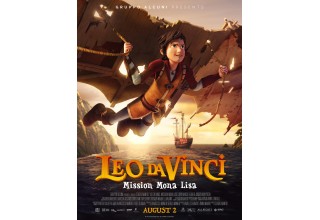 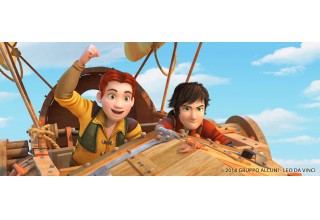 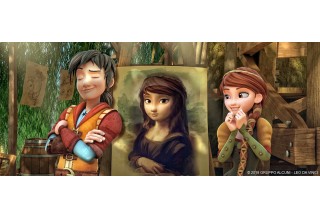 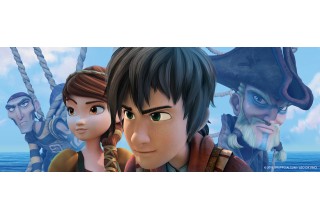 Ammo Content is a leading-edge digital distribution company that provides maximum transparency for content creators and licensors, combined with a seamless workflow and established partnerships with S-VOD, T-VOD, A-VOD, and EST publishing brands.