Legendary Baseball Hall-of-Famer Teams Up With the American Heart Association in Fight Against Heart Failure.

Rod Carew, former Minnesota Twins, Los Angeles Angles of Anaheim, and heart failure survivor teams up with The American Heart Association in an effort to improve the treatment outcomes and the overall experience of heart failure patients. 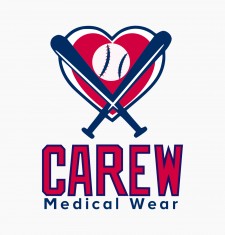 PLYMOUTH, MINNESOTA, August 8, 2016 (Newswire.com) - ​​​​​​​Carew Medical Wear Inc., a custom medical outfit company specializing in Left Ventricular Assistance Device (LVAD) under garments, has teamed up with Rod Carew in efforts to fill the void in the garment industry that support the Heartmate II (2). Rod Carew, a Heart of 29 Campaigner, has teamed up with the American Heart Association to raise awareness and funds for heart disease and heart failure.  The American Heart Association, in collaboration with the Heart Failure Society of America recently published a report claiming more than five million Americans are living with heart failure. According to the report, there are about 600,000 new cases of heart failure recorded each year, making this patient demographic one of the largest served within the hospital setting.

Rod Carew suffered a massive heart attack while on a golf course in California in September 2015. After being hospitalized for more than six weeks and having several surgeries, Mr. Carew’s heart was outfitted with a LVAD. After being discharged from the hospital, Mr. Carew became increasingly concerned with his exposed LVAD. The hospital supplied garments did little to comfortably secure either his battery pack or its hanging wires as a result, he was inspired to address this issue.

It's exceptionally lightweight, comfortable and form-fitting and can be worn under clothing easily disguising the bulkiness of the equipment

Rod Carew (1991 Major League Baseball Hall of Fame Inductee) established Carew Medical Wear Inc. to fill the gap in the LVAD market, and he has since then become the company’s chief spokesperson. His hopes are to promote alternatives to device protection, specifically garments that secure all aspects of the LVAD. A medical professional within the heart failure community recently commented, “I can now send my patients skiing or biking because everything is secured and stowed away.”

Carew Medical Wear Inc. provides heart failure patients two forms of LVAD compression undergarment protection, #29 – Left and #29 – Right. Number 29 is a reference to the number which Rod Carew wore during his tenure in the Major League Baseball uniform. Left and Right refers to which side the patients drive line is exiting. Each compression fitting under garment has its own patent pending. Both of these garments accommodate and secure every single piece of the LVAD equipment including:

Rod Carew personally uses the Heartmate II (2) and has been able to resume his daily routine. Recently, the MLB has named the Award for the Leading Hitter of the year in the American League the Rod Carew Award after the seven time batting champion. The legendary Hall of Famer has always been an active member of his community, often coaching and providing instruction during Minnesota Twins baseball training seasons. Understanding the difficulties of living with an LVAD and also being a heart failure survivor, has motivated him to inform and provide the heart failure community with alternatives to the LVAD wear.

Developed out of necessity, Rod Carew and Carew Medical Wear Inc. have filled the void by designing, developing, and testing #29 - Left and #29 - Right. These compression fitting wears support the Heartmate II (2).