Learning How to Talk to People About Drugs

Those attending the World Health Day Open House at the Brussels branch of the Churches of Scientology for Europe learned how simple it is to reach out to young people with the truth about drugs.

BRUSSELS, April 15, 2018 (Newswire.com) - The Foundation for a Drug-Free World held a World Health Day drug education workshop at the Brussels branch of the Churches of Scientology for Europe that not only introduced those attending to the Foundation’s booklets and films, it also gave them experience with presenting the information to others.

The audience was divided into small groups that studied the information and practiced speaking to one another on this important subject.

One of the guests summed up what many liked best about the program. “It was interactive,” he said. “It got us busy..…into action. I particularly liked gaining experience with fielding arguments and handling objections teens might bring up.”  “I enjoyed having young people present the information,” said another.

In addition to getting familiar with the drug education booklets, those participating viewed several of the program’s public service announcements and a section of The Truth About Drugs: Real People, Real Stories documentary, and were impressed with the impact of the material.

One workshop participant arranged with the two presenters to hold a drug prevention lecture at a nearby city hall. And a group of teenagers decided to become more active in the campaign and introduce the Truth About Drugs program to their school.

Two days later, volunteers from the Church brought the Truth About Drugs campaign to the city of Charleroi, where they handed out 2,600 drug education booklets to those stopping by their drug information booth and to 88 shops in the area.

Tags: Brussels branch of the Churches of Scientology for Europe, Foundation for a Drug-Free World, Open House, Truth About Drugs, World Health Day 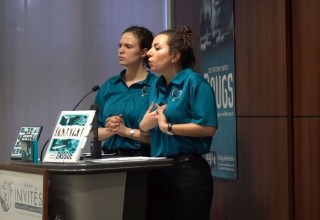 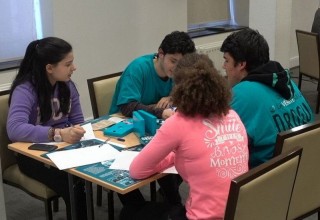