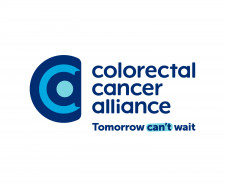 WASHINGTON, February 26, 2021 (Newswire.com) - March is National Colorectal Cancer Awareness Month and national leading nonprofit the Colorectal Cancer Alliance launched a new "Pledge to Get Screened" campaign - a public health initiative urging every American to join together to make a difference to combat colorectal cancer by pledging to get their recommended cancer screenings. Colorectal cancer is the second-deadliest cancer in the country for both men and women combined, but it's also a highly preventable disease with screening. Alarmingly, recent statistics show the dramatic decline in the number of screenings due to the COVID-19 pandemic.

At the start of the COVID-19, colorectal cancer screenings dropped roughly 90% and diagnoses fell by 32%. By June 2020, this decline in screening put 18,000 people at risk for delayed or missed diagnoses that threaten additional deaths from this preventable disease. Colorectal cancer is also more likely to affect Black and Hispanic communities. Studies have shown that the incidence is 20% higher among Black Americans. Hispanic Americans are less likely to get screened for colorectal cancer than either white or Black Americans, and they are experiencing colon cancer at earlier ages.

"This March as we kick off our national awareness month, we are calling on everyone to get colorectal cancer screenings back on track," said Colorectal Cancer Alliance CEO Michael Sapienza. "The pandemic has greatly impacted screening efforts for a disease that is predicted to take the lives of more than 53,000 Americans this year. It has caused many to postpone or avoid preventive screenings that could catch smaller, more treatable conditions before they get worse. I lost my mom to this disease. She was diagnosed with colorectal cancer at 56. If she would have gotten her colorectal cancer screening when she was 50, she would still be here today. That is why it is imperative to get back on track with screening by joining us in taking the pledge that can help prevent or detect this disease."

During the month of March, the Alliance's goal is to get 10,000 individuals to sign the pledge to get screened. Individuals who sign the pledge will then be navigated to take a short quiz which will provide recommended screening options based on the person's specific needs.

Colorectal cancer is the third most commonly diagnosed cancer and the second-leading cause of cancer death in men and women combined in the United States. In its early stages, colorectal cancer is very treatable, with a five-year survival rate of 90%, making it highly stoppable and preventable through early detection. On average, the lifetime risk of developing colorectal cancer is about one in 23 for men and one in 25 for women; however, this varies widely according to individual risk factors. The American Cancer Society estimates that there will be 149,500 new cases this year, which is up from 147,950 in 2020, with approximately 52,980 dying this year from the disease (down from 53,200 in 2020).

The latest with the disease

Colorectal cancer and the impact and disparities among African Americans

The Colorectal Cancer Alliance's mission is to end colorectal cancer within our lifetime through support services, awareness of preventive measures, and funding critical research.

During the March awareness month, the nonprofit is hosting several events and initiatives, including:

Walk to End Colon Cancer and ScopeItOut - Throughout the year, the organization hosts nearly 20 fundraising run/walk events in major cities throughout the United States, with the largest event in the series taking place in the Nation's Capital (ScopeItOut) on Sunday, March 28, 2021. This year's run/walk events will be a hybrid format of virtual and socially distant in-person activities. Participants can still run and walk safely in their own neighborhoods to raise awareness, fundraise in support of the Alliance's mission and honor those impacted by colorectal cancer. [Link]

About the Colorectal Cancer Alliance

The Colorectal Cancer Alliance is a national nonprofit committed to ending colorectal cancer. Working with our nation of passionate allies, we diligently support the needs of patients and families, caregivers, and survivors; eagerly raise awareness of preventive screening; and continually strive to fund critical research. As allies in the struggle, we are fiercely determined to end colorectal cancer within our lifetime. For more information, visit ccalliance.org.

About Dress In Blue Day

Dress in Blue Day began with Anita Mitchell. Ms. Mitchell was battling stage IV colon cancer and had lost a close friend and father to the disease. She saw a need to bring greater awareness to a cancer not many people wanted to discuss. Ms. Mitchell is a founder of Colon Cancer STARS and a volunteer for the Colorectal Cancer Alliance. She brought the Dress in Blue concept to the Colorectal Cancer Alliance in 2009. The Colorectal Cancer Alliance expanded this concept into Dress in Blue Day, a national celebratory day to raise awareness of colorectal cancer, specifically highlighting the spirit and courage of survivors and their families, and honoring the memory of those lost to the disease. Today, individuals, businesses and community groups across the country participate in National Dress in Blue Day by wearing blue, raising funds and motivating others to do the same, all in the name of awareness.

Working with our nation of passionate allies, the Colorectal Cancer Alliance exists to end colorectal cancer within our lifetime.