Lawsuit Over the Annual Planes of Fame Air Show Settled

CHINO, Calif., April 10, 2018 (Newswire.com) - Aviation enthusiasts will be pleased to learn that the lawsuit between Yanks Air Museum, Flying Tigers Aviation FBO and Planes of Fame Air Museum has been settled and the air show will go on this year.

The settlement was reached with all parties interested in reuniting the aviation community. All parties have pledged to work together for the success of future air shows.

“Yanks Air Museum has the world’s largest collection of historic all-American aircraft. Yanks was created to share aviation history with everyone and we look forward to displaying and flying the museum’s aircraft at our home in Chino,” said Charles Nichols, founder of Yanks Air Museum.

"I'm glad we have settled the lawsuit and are looking forward to better serving the aviation community. I know with the additional support of Flying Tigers FBO and Yanks Air Museum, it will be the best air show ever and create a win-win for us all," stated Michael Thayer, president of Flying Tigers.

Each year the air show attracts thousands of visitors. With the lawsuit now settled, the county has approved May 5 and May 6 as the 2018 Planes of Fame Air Show dates. 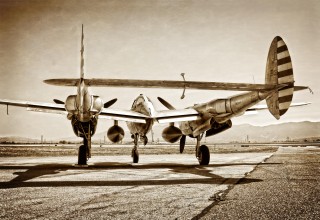