Lavelle Networks announces its flagship technology “ScaleAOn - Private Networks” to provide huge scale with dramatic simplicity for enterprise WAN use cases. Applications and Data reside on hybrid clouds today, and creating a VPN or WAN for users to access them with equal levels of performance and security is a nightmare, which ScaleAOn resolves in a ground-breaking usage of SDN algorithms.

“ScaleAOn - Private Networks”, where ScaleAOn stands for Scale Always On, achieves network segmentation using an intent-driven user interface, and fast REST API based transactions. It hides all the network protocol complexity from the user, allowing unprecedented speed of control operations. IT administrators can connect, disconnect users, locations, applications within seconds.

The purpose behind the idea of ”ScaleAOn - Private Networks” is to simplify private networking to and from the cloud, and remove decades of network management complexity from the WAN. Connect to the public cloud, private cloud, seamlessly change traffic direction from a branch, re-direct certain applications – it doesn’t matter what the user wants to change in the WAN; deployment of the Lavelle Networks ’ ScaleAOn - Private Networks technology achieves it with 100 percent policy enforcement accuracy.

“Email is so simple now with Google Apps or O365, storage is so simple with Dropbox, why are we behind in the networking world in creating simple user interfaces? This is what provoked us to invent ScaleAOn Private Networks, a modern intent-driven approach to WAN, rather than the classical protocol driven approach prone to complexity,” says Shyamal Kumar, CEO and Founder.

About Lavelle Networks - Lavelle Networks offers an SDN networking platform that solves the biggest challenges in the WAN for distributed enterprises. All users, locations and cloud networks are connected using the world’s simplest SD-WAN control panel, fastest network convergence algorithms, and a true network-as-a-service experience. Using Lavelle Networks True Cloud Networking Platform you can leapfrog your competition in your digital transformation journey, by using the only next-generation enterprise networking solution which is built on a 100 percent SDN architecture. 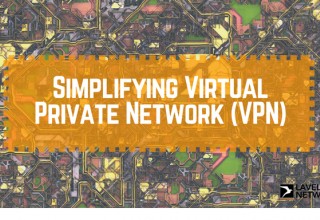