Commemorating the Dec. 10, 1948, adoption of the Universal Declaration of Human Rights (UDHR) by the United Nations, Scientology Churches and Missions launch a year of activities to raise awareness and implementation of the rights enshrined in the document

LOS ANGELES, December 10, 2017 (Newswire.com) - The adoption of the Universal Declaration of Human Rights Dec. 10, 1948, was a milestone for Mankind. For the first time, there was an exposition of the 30 fundamental human rights to be universally protected. Yet nearly 70 years on, few people can name more than three or four of the rights this document sets forth.

Today, on International Human Rights Day, Scientology Churches across the globe open their doors to bring their communities together in the name of human rights, with forums, workshops, awards ceremonies and other educational programs to increase understanding of these rights and bring them to life. Joining the Scientologists are men and women of all faiths who take a leadership role in defending and implementing human rights in their cities. Public Information Centers in our Scientology Churches, featuring award-winning educational videos on the UDHR, are open to anyone wishing to learn more about their rights.

Chapters of Church-sponsored human rights initiatives, United for Human Rights and its program for young people, Youth for Human Rights, are carrying out Human Rights Walks, conferences, petition drives and other educational programs today in scores of towns and cities from Accra to Athens, Vienna to Veracruz, and Lucknow to Lausanne.

In a 1969 essay, Mr. Hubbard wrote: “The United Nations came up with the answer. An absence of human rights stained the hands of governments and threatened their rules. Very few governments have implemented any part of the Universal Declaration of Human Rights. These governments have not grasped that their very survival depends utterly upon adopting such reforms and thus giving their peoples a cause, a civilization worth supporting, worth their patriotism. It is vital that all thinking men urge upon their governments (for the governments’ own sake if no other) sweeping reforms in the field of human rights.”

More than 38,000 schools have implemented the human rights education initiative supported by the Church of Scientology. Some 1.7 million have used these materials, which have been distributed in 197 nations, to learn about the Universal Declaration of Human Rights.

The Church has been responsible for enacting more than 180 laws to protect individuals from abusive or coercive practices in the field of mental health.

Scientologists were instrumental in bringing about the inclusion of the protection of human rights in the Constitution of Mexico.

For the past 14 years, the Church has sponsored annual Human Rights Summits at the United Nations and other significant venues, where exceptional young human rights advocates attend conferences with human rights experts including ambassadors to the United Nations, followed by workshops where they hone their skills to become even more competent in disseminating the rights of the UDHR.

In a world where conflicts are often traceable to intolerance of others’ religious beliefs and practices, the Church has, for more than 50 years, made the preservation of religious liberty an overriding concern.  The Church has set legal precedents in country after country, including Australia, the UK, Spain and Italy, resulting not only in religious recognition of Scientology, but in the discarding of antiquated and discriminatory limitations to the freedom of religion and belief and the establishment of the standard for the definition of religion and religious charities.

In the coming year, Scientologists will be redoubling their efforts to create a groundswell of understanding and full implementation of the Universal Declaration.

For more information on the human rights initiatives the Church supports, visit the Scientology website. 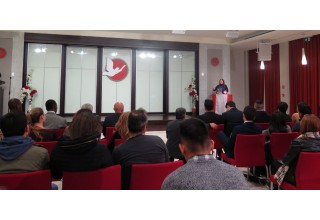 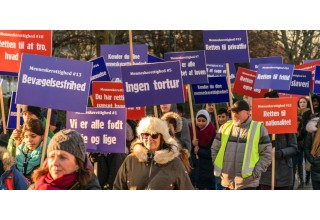 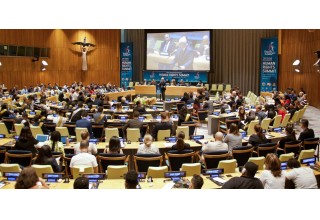 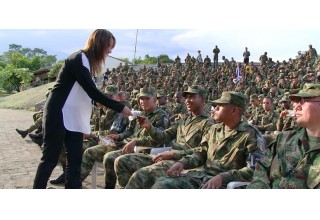