VANCOUVER, British Columbia, July 11, 2022 (Newswire.com) - The second manuscript of the world's largest microdosing study, facilitated by Quantified Citizen (QC) and formally titled "Psilocybin microdosers demonstrate greater observed improvements in mood and mental health at one month relative to non‑microdosing controls," has been published by Nature: Scientific Reports. The paper can be accessed here.

The paper shows how psilocybin microdosing is associated with general improvements in mood and mental health. Additionally, a finding specific to individuals over the age of 55 indicated that microdosing was associated with greater improvements in psychomotor performance relative to non-microdosers. Further, adults over 55 exhibited an even larger improvement in psychomotor performance when psilocybin is stacked with lion's mane and niacin ("Stamets Stack") compared to psilocybin alone. These results may help inform the design of human clinical trials involving psychedelic substances.

One of the common criticisms of observational studies of this kind is that they are uncontrolled and unable to parse apart placebo effects from those related to the true pharmacological effects of psychedelic substances. Observational research's purpose is to observe behaviours as they occur naturally in the world, and draw conclusions without interfering with those natural practices. Although an expectancy effect cannot be ruled out for depression, anxiety and stress, the reports on subjective benefits are complemented by improvements in the study's psychomotor task (the Finger Tap Task), which adds robustness to the results.

"The tap test results are interesting. Although a placebo in this type of observational study is not appropriate, the tap test results with microdosing combining psilocybin, niacin and Lion's Mane over baseline, and in comparison to psilocybin taken with any other combination, stands out as a strong signal of significance for psychomotor performance. The QC app was designed for just such a purpose: to find improvements which can further inform clinical study design - with double-blinded placebo controls. It is hard to imagine that expectancy would be selective using this stack in improving the tap test in an older population. We are excited to test this clinically," notes Paul Stamets.

Some novel insights from this new publication include:

2. Adults over 55, who microdosed with psilocybin mushrooms in the Stamets Stack showed the largest (about 40%) increases in total number of taps after about one month relative to non-microdosers and those that microdose psilocybin alone.

The study, informally called Microdose.me, has over 19,000 participants from all over the world and has been presented at numerous conferences including SXSW, Summit LA, TED and Life Itself. The study was conducted in partnership with the University of British Columbia, Maastricht University, Paul Stamets and Dr. Pamela Kryskow, among others.

"I am proud of the constant effort put into improving the study design with feedback from our participants, supporters and other scientists. Together with fellow citizens and researchers, we are developing versions of the study that will be used to generate discoveries related to psychedelic microdosing for years to come," shares Quantified Citizen Director of Research Maggie Kiraga.

The study team is currently recruiting psychedelic users and non-users for the second version of the study, which will contain new active tasks and questionnaires that will examine connectedness to nature, psychedelic craving and mindfulness, among others.

Quantified Citizen is a citizen science-powered health research app. It has a growing library of studies on interventions, techniques and emerging trends. The app is available on iOS and Android.

To fuel further growth and development of new study capabilities, Quantified Citizen is currently in the process of raising its Series A round of funding.

Quantified Citizen is an app that lets you join cool research studies and contribute to global health and science. 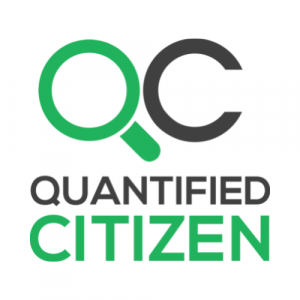