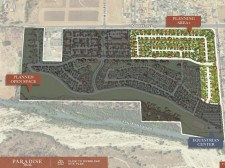 The property, formally known as the 107-acre Paradise Knolls Golf Course located on Limonite Avenue about 3 miles east of the 15 Freeway had been financially declining due to the competition from 15 newer golf courses within a 10-mile radius; and the effects of the golf industry’s general decline in play over the last decade.

Close to six years ago, Lansing Companies acquired the property which included two-thirds of a mile of Santa Ana River frontage, and began an extensive process to create a project that was environmentally sensitive to the River, the existing mature trees and to create additional parks for public use on the property.

With a thoughtful approach to encompassing nature within this new community, Lansing Companies incorporated a considerable amount of input from its community outreach into the project plans along with results from environmental studies to ensure we developed a balanced Equestrian Friendly Master Planned Community of 650 residential units, a 2-acre commercial corner and several community parks and significant equestrian facilities and trails to honor the equestrian heritage of the City of Jurupa Valley. The plans also include an open space parkway along the Santa Ana River providing the area with a terrific spot for recreation.

Lansing Companies is working with the city staff of Jurupa Valley on designing and engineering the Second Phase of our exciting Paradise Knolls development. This upcoming phase is known as Planning Area 5 and is expected to create more than 240 lots for single-family homes and the development of the parks and all the remaining equestrian facilities.

“The city of Jurupa Valley has been great to work with and helped us create an asset that will generate increased tax revenue to the City along with amenities which will benefit the entire city.”

Founded by Greg Lansing in 1984, Lansing Companies is a comprehensive land development company and the leading expert in Southern California land development. Our executive principals each average over 30 years of experience. 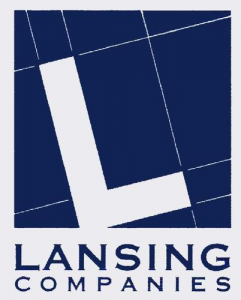