Langston Bates Active Role in His Community and Career Achievements 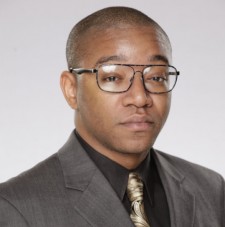 Atlanta, Georgia, September 6, 2017 (Newswire.com) - ​Langston Bates was featured in the Association of Black Culture centers for his active role in his community and various career achievements over the years.

He is involved in his community in a number of ways. He dedicates his time to creating music, from hip hop to collaborating with gospel choirs, and works in important university libraries.

Aside from his passion for research, his education is quite impressive. He spent a number of years studying music and arts and technology at the University of Oklahoma.

His passion for music and academic research was spotted early on. In 2009, he was one of the 20 students selected to participate in an initiative dedicated to the recruitment of a diverse workforce.

Langston Bates was among the few ARL (Association of Research Libraries) diversity scholars to be considered.

The initiative helped Langston Bates and other hard working students receive up to $10,000 in funding over a two year period.

The funding was available to students who were members of underrepresented groups and had an interested in research libraries.

The MLS (Institute of Museum and Library Services), in collaboration with 52 libraries who are members of the Association of Research Libraries, contributed to the funding.

The 52 libraries contributed voluntarily to the funds, gathering them for students who are both interested in library work and happen to come from underrepresented communities.

However, the attitude of the libraries shows the commitment to the community by ensuring everyone has equal opportunity to work in library research and encourages a workforce as diverse as possible, in line with the demographic growth in the academia.

On top of receiving the funding over a row year period, Bates was also undergoing leadership development training while being invited to the annual meeting of the Leadership Institute of at ARL.

In one of the hosted visits to other libraries, he also had the opportunity to find out more about what research libraries look like and how they operate.

Bates also had the good fortune to be mentored by an ARL librarian and have access to a free membership in the Black Caucus of the ALA, an American library association with the goal to mentor and train the black American community in order to have access to better jobs and a more successful career in overall.

In addition, he was mentored by an existing ARL librarian, and his membership in the Black Caucus of the ALA (American Library Association) was paid for.

In 2010, he received a grant from the MLA (Music Library Association), and in 2011 he was appointed as a librarian at the Purdue University Black Center.

His interests in African and African-American music and music technology helped him qualify as a library assistant at the Black Heritage Center.

Bates was also present at the 2016 Black Caucus event, where he had the opportunity to award DR Yvonne Chandler on her excellence in librarianship.

As a business development manager and research analyst, he also had the opportunity to write the introduction for Dr. Chandler.