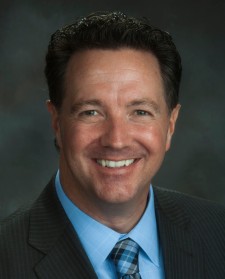 EMERSON, Ga., April 25, 2019 (Newswire.com) - ​​​​​LakePoint Sports, the nation’s premier youth travel sports destination located in the Metro Atlanta area, announced today it has named Mark O’Brien as its new president and CEO. O’Brien, who recently served as president of Mizuno USA and chairman of Mizuno Canada, brings a wealth of sports and brand experience to his new role.

“Mark has a robust background with deep experience in sports, marketing, retail and customer satisfaction while leading organizations,” said Jeff Bemis of Rimrock Capital Management, the owner of LakePoint. “He has a special expertise in helping set brands up for lasting success, as well as an ethos that aligns with our vision and values. We can’t think of a better person to help usher LakePoint into this exciting new era, and I look forward to working with him to solidify LakePoint’s position as the ultimate authority in youth travel sports.”

O’Brien has more than two decades of executive leadership for some of the most recognizable brands in the world, including Mizuno USA and Mizuno Canada, Boys & Girls Clubs of America, The Original Honey Baked Ham Company, Johnsonville Sausage and Miller Brewing Company (now MillerCoors). His career has been defined by employing a thoughtful, purposeful approach to transforming and revitalizing mature, rapid-growth organizations, turning them into high-performing, established brands that are viewed as leaders in their respective industries.

O’Brien boasts a diverse array of experience in the sports industry, including several years in minor league baseball that culminated in a role as general manager. He also worked in sports marketing and branding for the NBA’s Houston Rockets, assisting with the franchise’s brand partnerships. During his time with GMR Marketing, his work focused on customer engagement and experiential marketing for one of the top global sports entertainment and experiential marketing agencies.

“LakePoint is truly unlike any other youth sports campus in the country - an impressive and impactful experience that stands above the rest,” said O’Brien. “I’ve always had a passion for sports and for supporting kids with ambition and drive as they work toward their goals on and off the field. I am thrilled to join LakePoint and intend to ensure that, through its continued excellence and outstanding service delivery, it is a destination for young athletes to live out their dreams for decades to come.”

O’Brien joins LakePoint at an exciting time in the life of the organization as it recently announced a joint venture with Prep Baseball Report (PBR) in late 2018. PBR operates hundreds of amateur baseball events in 41 states and Canada and runs the country’s largest and most respected independent baseball scouting service. PBR will hold events for some of the nation’s top youth talent at LakePoint's state-of-the-art baseball facilities, which include eight Major League-sized fields.

With O’Brien at the helm, LakePoint will continue to integrate into other sports verticals, leveraging its operational expertise, brand relationships, owned real estate and extensive capital resources.

“We were very intentional and strategic throughout this search as we sought to find a leader who could combine the visionary leadership needed to take LakePoint to the next level while also providing the broad depth of experience in operations and marketing to lead this enterprise,” said Bemis. “Everything we were seeking kept leading us back to Mark. His experience with professional sports properties, Mizuno and the Boys and Girls Club of America gives him an invaluable perspective that will only enhance LakePoint’s status as the preeminent youth sports destination in the country.”

LakePoint is coming off one of its most successful years to date. In 2018, it hosted more than 1.25 million visitor days at its nationally recognized sports complex and generated nearly $100 million in economic activity for the region. Last year, LakePoint saw nearly $8 million invested into the complex by Rimrock Capital, leading to 10 percent overall growth and the commencement of a $29 million road-bridge project for future development.

LakePoint hosted a variety of premier sports events in 2018, including the Georgia Special Olympics Winter Games, USA Cheer camp, the Harlem Globetrotters training camp and national championship tournaments hosted by Adidas, Nike and Under Armour and will do so again in 2019. The 2019 calendar is filled with a wide variety of sporting events and activities. Every weekend from January through mid-September, the Indoor Pavilion is currently under contract with regional and national basketball, volleyball, gymnastics, wrestling and cheerleading events.

LakePoint’s convenient location in the Metro Atlanta area gives players and families a variety of entertainment options, and its proximity to Hartsfield-Jackson International Airport ensures that more than 80 percent of the country is less than a two-hour flight away.

LakePoint Sports is the premier youth travel sports destination, located in the Metro Atlanta area. The 1,300-acre destination opened in 2014. Facilities include eight Major League-sized baseball fields, three multi-use fields for soccer, lacrosse and football, a 170,000-square-foot Indoor Pavilion that has 12 basketball courts which convert to 24 volleyball courts, hotels, restaurants and entertainment venues. Our mission is to be the premier sports vacation destination that delivers quality, fun and convenient experiences for athletes, families and community. For more information, visit https://www.lakepointsports.com. 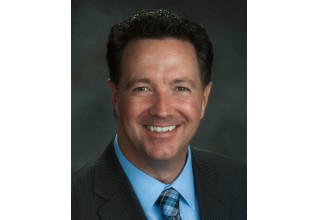 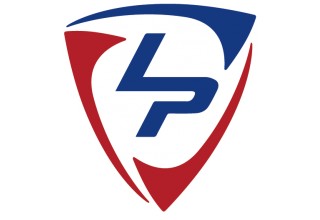