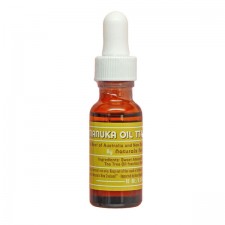 Tea Tree Oil (melaleuca oil) from Australia and Manuka Oil (Leptospermum scoparium oil) from New Zealand are two traditional healing oils that have been used by native populations for centuries. Captain Cook introduced these healing oils to the West in the late 1700’s and since then they have become the favorite antiseptic oils for people that like to rely on Nature for healing.

Both Tea Tree Oil and Manuka Oil are extracted by steam distillation from leaves of the corresponding plants. Although it is generally accepted that Manuka Oil is more powerful than Tea Tree Oil, in reality these oils have different and complementary properties. The best Manuka Oil, and the one we carry at the Koru Naturals store, is produced in the East Cape region of New Zealand. The properties of this ancient Maori oil are the result of a group of natural compounds called triketones. Scientists in New Zealand have now developed the technology to purify this triketone fraction from East Cape Manuka Oil. This purification leaves behind a large number of components of the oil that don’t play any useful role and add to the strong aroma of the essential oil.

The properties of Australian Tea Tree Oil are the result of a natural compound called Terpinen-4-ol. Scientists in Western Australia have now developed the methodology for purifying this compound from Tea Tree Oil.