First Non-Family President in History of the Company

"This is a big step for our company because we have been a family-led organization from day one," said Michael Kiolbassa, CEO and Chairman of the Board. "Bill has played a pivotal role in major milestones during his time here, and his extensive expertise is vital to the future growth of the organization."

Wagner brings over 35 years of experience as a highly successful senior executive in manufacturing, distribution, and consumer products. While the bulk of his experience has been directly managing business operations, he has also had extensive roles as consultant, private equity fund manager, and active board member. He began his career with Kiolbassa Smoked Meats as CFO in 2017 and was promoted to COO in July 2021. Immediately before joining Kiolbassa, he served as an interim senior executive for several growth-oriented companies. He came to San Antonio as CFO of Pace Foods and after its sale to Campbell Soup he helped found Silver Ventures. There he led the purchase and development of NatureSweet Tomatoes, among other investments Silver Ventures completed. He later formed his own investment firm and purchased the beverage company Bruichladdich in Scotland. Bill's earlier career involved progressive senior roles with Frito-Lay in finance and operations, and Ernst and Young's consumer products management consulting group in Dallas.

"I want to thank the Kiolbassa family for the opportunity to lead this organization," said Wagner. "Michael Kiolbassa has built an incredible culture where our team members are respected, and they are fully engaged and live the Company's core values. With that foundation, the strength of our brand, and the team working together in alignment, we are expecting to achieve great results."

Additional senior leadership changes include a promotion of Michael Johnson, from Vice President to Senior Vice President of Organizational Development & Finance. Johnson has carried various roles in his 15 years with Kiolbassa.

"Michael Johnson has been a tremendous asset to the organization," said Kiolbassa. "His knowledge of our business, both operationally and financially, have been impressive and I am grateful for his leadership."

Kiolbassa Smoked Meats was founded by Rufus and Juanita Kiolbassa on the westside of San Antonio in 1949 where they begin selling their smoked sausage to the local community. After the untimely passing of Rufus in 1960, son Robert (Bobby) Kiolbassa took over the business. Bobby Kiolbassa led the company for over 60 years in various roles from general manager to president to his last role as CEO, which he held until his passing in 2021. At that time Michael Kiolbassa, Bobby's son, took the helm. Michael began with the company as a salesman in 1987. He quickly learned about the meat industry and began to build partnerships with local grocers. After gaining traction from San Antonio-based H-E-B grocery, Kiolbassa gained distribution in Costco, Publix, Walmart, Kroger and more. Today, the company has distribution in all major grocery retailers, and club stores across the U.S. 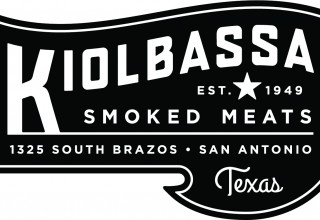 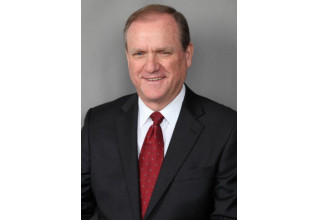