The Times reports that those whose advertising campaign spawned America's opioid epidemic escaped prosecution by agreeing to pay a combined $634.5 million in fines and perform community service. 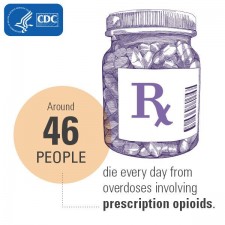 LOS ANGELES, May 29, 2018 (Newswire.com) - A May 29 New York Times article reveals how the opioid epidemic was fueled by a company’s aggressive marketing campaign. “Purdue Pharma knew its opioids were widely abused,” writes The Times’ Barry Meier. “A confidential Justice Department report found the company was aware early on that OxyContin was being crushed and snorted for its powerful narcotic, but continued to promote it as less addictive.”

The article goes on to say that Purdue Pharma told prosecutors that even after the company became aware the drug was being abused on the streets, it trained sales representative to tell doctors that the drug was less addictive and less prone to abuse than competing opioids.

By survey, almost 50 percent of teens think it is safer to take prescription drugs than street drugs.

“One tragic element in this breaking story and 200,000 opioid overdose deaths in recent years is this stark fact,” says Jessica Hochman, executive director of Foundation for a Drug-Free World. “By survey, almost 50 percent of teens think it is safer to take prescription drugs than street drugs. And parents, unaware of the effect of these drugs on their children, have been involved in hooking their kids on these drugs thinking it was safe to let them take them for pain.”

According to a Reuters story, two weeks ago, U.S. state attorneys general of Nevada, Texas, Florida, North Carolina, North Dakota and Tennessee announced lawsuits, accusing the company of fueling a national opioid epidemic by deceptively marketing its prescription painkillers to generate billions of dollars in sales. They also state the company’s advertising tactics violated state consumer protection laws by falsely denying or downplaying the addiction risk while overstating the benefits of opioids. They join 16 other states that have already filed suit on similar grounds. “It’s time the defendants pay for the pain and the destruction they’ve caused,” Florida State Attorney General Pam Bondi told a press conference May 15.

While states battle for the financial assistance they need to cope with this epidemic, there is something communities throughout the country can do to stem the devastation, says Hochman: drug prevention. ”In one district where fact-based drug education was delivered, at least 30 percent of students who were inclined to experiment with drugs decided not to,” she says.