Ninety-six of the country's best high school kickers competed in Austin, Texas, for the 2021 Kicking World National Showcase put on by owner & head coach Brent Grablachoff. HS Football athletes traveled from 30 states to showcase their talents and get noticed on the live broadcast streamed to YouTube. Over 2,000 people watched the event live. 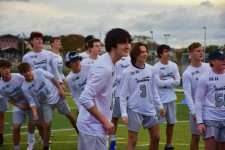 Nearly 100 high school kickers & punters from 30 states traveled to Austin, Texas, where they were evaluated by the coaching staff, and performed in front of over 2,000 people who streamed the event live on YouTube.

"We created the National Showcase as a tool for football kickers to prove to college coaches what they can do, so they have every opportunity available to receive a college football scholarship offer. I'm thankful for all the families, coaches, and students who trusted us to embark on the big weekend with us in Austin," said Brent Grablachoff, Owner and Coach of Kicking World. "I'd say that over 75% of the attendees showed they have the tools to make it to some level of College Football, which is simply remarkable to have that kind of talent pool in one place."

On Kicking World's website, you can see a full recap of the 2021 Kicking World National Showcase, which includes detailed stats, a summary of the top performers, the live broadcast replay, and an event highlight video.

The last three consecutive years' Day 2 Overall Kickoff Elimination winners have gone on to earn D1 FBS scholarships at big-time football programs, including Clemson, Georgia, and Arkansas. Just four days after the event, three college football scholarships were already offered to two athletes who participated in this year's National Showcase. Mr. Grablachoff expects more opportunities after the dust settles this Wednesday during the 'early signing period' where college football recruits sign their National Letter of Intent. Over the coming weeks, 'Coach Brent', as he's called, plans to leverage his personal relationships that have been formed by coaching football and running Kicking World for 14 years to help garner scholarship offers for his top recruits from the 2021 National Showcase.

Kicking World is the leading football kicking instruction provider in the world. The Company, based in Austin, TX holds over 50 national football kicking camps in 20 states training over 1,200 aspiring kickers each year. 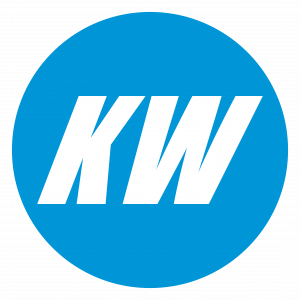 Kicking World Hosts 7th Annual National Showcase Event
This event, led by Brent Grablachoff, Owner and Coach of Kicking World, has become the go-to event for high school football kickers to be recruited into D1 college football programs. Despite COVID-19, Kicking World had football players from 30 states travel to Austin, Texas so they can showcase their talents.
Kicking World - Dec 15, 2020