Unite Oregon partnered with Motus Recruiting and Staffing, Inc. for the executive search.

Khanh Le previously worked as the State Director for Main Street Alliance of Oregon, a small business advocacy organization. Prior to returning to Portland, Khanh worked for Congressman Mike Honda in Washington, D.C., and Senator Tim Kaine and on various national and local political campaigns. He holds a master's degree in public policy from Oregon State University with an emphasis on civic and political engagement.

"Over the past five years, Khanh Le helped build Unite Oregon into the diverse statewide organization it is today, with four offices, strong programs, stable funding, and an amazing staff. His innate ability to create a vision and move that vision into action is exactly what we need today in Oregon," said Kayse Jama. "As someone who worked closely with Khanh, I've witnessed his dedication to racial justice, immigrant and refugee rights, and economic opportunity, and climate advocacy, and I know he will lead Unite Oregon with integrity, equity, and inclusion."

Khanh joined the Unite Oregon staff in 2018 as their finance director, but his relationship with the organization, and its predecessor Oregon Action, started decades ago when he first volunteered as a high school student to eventually serving on the board of directors.

"I'm excited to continue the vision and important work of Unite Oregon's former executive director and founder, Senator Kayse Jama, and many community members who have dedicated their energy to the growth of the organization," said Khanh Le. "The last two years, our communities have encountered many extreme hardships from the pandemic, the loss of economic opportunities, housing, and wildfires. Unite Oregon will put forward a bold vision and innovative solutions to tackle climate change, housing crisis, community economic prosperity, and wealth creation."

Khanh started his new role as executive director on Sept. 27, 2021.

Unite Oregon/Unite Oregon Action was founded in 2002 in the response to anti-Muslim, immigrant, and refugee sentiment in the wake of 9/11. Led by people of color, immigrants and refugees, rural communities, and people experiencing poverty, Unite Oregon works across Oregon to build a unified intercultural movement for justice. Unite Oregon has four chapters and 22,000 members and supporters across the state.

About Motus Recruiting and Staffing

Located in the in the Pacific Northwest, Motus Recruiting and Staffing specializes in accounting and finance, professional services, and technology solutions. We aim to educate individuals and organizations on the importance of DEI in the workforce. 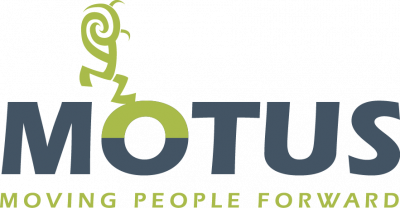