After Years of Refusing the Title of Master Distiller, Kilburn Has Accepted the Title From Peerless Chairman Corky Taylor 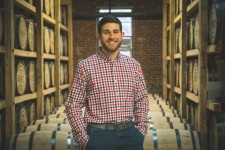 LOUISVILLE, Ky., January 8, 2019 (Newswire.com) - Kentucky Peerless Distilling Company honors Caleb Kilburn as a Master Distiller. Kilburn started at Peerless when the building was still under renovation, while shadowing distillers and finishing his degree in chemistry.

After years of refusing the title of master distiller, Kilburn has accepted the title from Peerless Chairman Corky Taylor. Kilburn never hesitated to correct someone who called him a master distiller, as that was a title reserved for his heroes and his mentors. Kilburn wanted to earn the title after making his mark on the distilling industry.

Kilburn’s early success in the industry has been accredited to his interest and skill in the craft of making whiskey. Randy Allender, former mentor to Caleb and current instructor at Moonshine University, would agree. Allender said: “It’s not often I see someone that has dedicated their life to a craft the way Caleb has taken to distilling. He is deserving of the title of ‘Master Distiller’ and will serve as a great example to others that may follow him into the industry.”

Kilburn’s introduction of new methods and non-traditional approach have created a discussion in the distilling industry. He introduced using a sweet mash process instead of industry-standard sour mash, distilling at no higher than 132 proof, a low barrel entry proof at 107, non-chill filtration and barrel strength as a combination to create the finest rye and bourbon whiskey possible.

These practices have led to Peerless being named No. 4 Best American Whiskey by Forbes magazine, being named No. 15 Most Exciting Whiskey of the Year by Whisky Advocate and being given the highest number of points, 91, by Whisky Advocate in their review of rye whiskeys. Peerless has also been featured in Garden & Gun, the Robb Report and as one of Top Chef’s Tom Colicchio’s favorite brands.

Find more information about Caleb Kilburn at bit.ly/Master-Distiller. Visit the distillery at 120 N. Tenth Street in downtown Louisville. The distillery is open for tours and tastings Monday through Saturday 10 a.m. to 5 p.m.

The Peerless family’s very first bourbon went into a barrel in 1889. They have since revived the craft in their own state-of-the-art distillery, where they use the finest ingredients. The Peerless family believes that patience builds character and fine bourbon can never be rushed. All under one roof, the select Kentucky Peerless grains are milled, cooked, fermented, double-distilled and barreled as Bourbon & Rye. 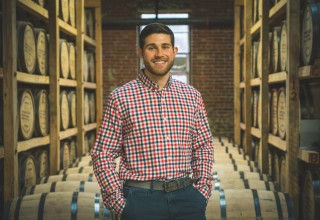 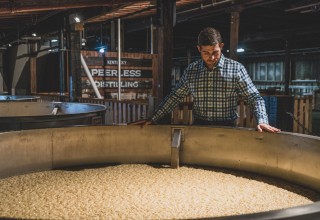 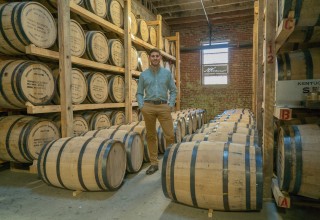 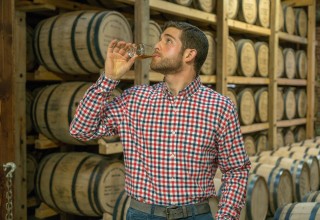