Kenikeni releases language app for young kids and their families, Peg and Pog

Kenikeni Ltd announces the release of Peg and Pog on the App Store. Play, explore, and learn first words with a choice of five languages. 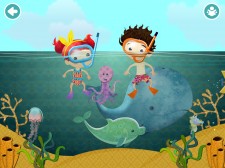 LONDON, March 1, 2018 (Newswire.com) - Kenikeni Ltd, an independent UK-based studio that makes educational apps for kids, launches Peg and Pog. The first in a series of apps for toddlers and preschoolers, "Peg and Pog" is available worldwide on the App Store.

Featuring original artwork by Luella Jane Wright, Peg and Pog is an immersive play adventure that helps children build early vocabulary and become familiar with the world around them.

Play dress up, a journey into space and fly over the savannah in a hot air balloon. By dragging and dropping characters, animals, and objects, kids join Peg, Pog and their adorable cat, Cosmo, in bringing to life 8 beautiful scenes full of sounds, words, and animation.

Pretend to play with over 170 spoken words, loads of giggles and a choice of 5 languages: English, French, Spanish, Portuguese, and Mandarin.

In Peg and Pog kids can:
• Explore eight beautifully illustrated locations.
• Meet seven new characters, one extra-terrestrial and loads of cute animals.
• Play dress up with 100’s of possible outfits.
• Role-play at the store and discover the magic toy machine.
• Join in all the fun, dancing and music at a birthday party.

Tap on a character, animal or object in a scene to listen to the word in context and hear its sound. A slideshow reveals each individual animal and object, and kids can see how the word is spelled and how it sounds.

With reactive animations, real-time physics and hundreds of sounds, kids are encouraged to observe, ask questions and make guesses about the characters and objects in a scene. Is Pog happy or sad? What’s a snorkel for? Why is the owl so white?

“We wanted to create an immersive experience that kids and parents can enjoy together - a catalyst for curiosity that nurtures early literacy and promotes social and emotional awareness. And if we’ve done our job well, they will have as much fun playing and learning as we have had making.”

Peg and Pog is now available worldwide on the App Store with a release on Google Play and Amazon scheduled for the coming months.

Kenikeni is a small independent studio. Kenikeni makes educational apps that stimulate the imagination and encourage children to discover and engage with the world around them.

Believe in the magic of play.

Kenikeni was founded in 2016 by Ken Rutherford, a dad of two with over 20 years experience in the arts, education, and technology. Creative partner is Luella Jane Wright, mum of one and celebrated artist. Over the past 15 years, Luella has worked with BBC, Channel 4, National Geographic, Nickelodeon and Cartoon Network.

For more detailed information, download a press kit with additional resources at www.kenikeni.com/press. 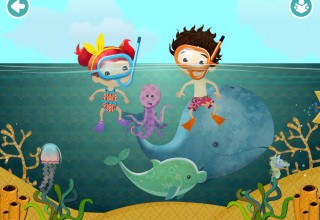 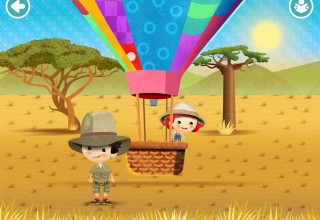 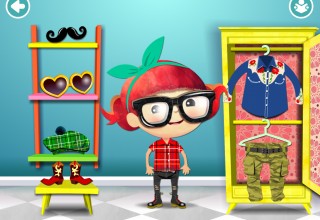 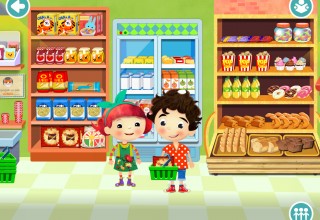 Kenikeni is an independent studio. We create beautiful, fun and immersive digital play experiences that stimulate the imagination and encourage children around the globe to discover and engage with the world around them.