Kelly Hyman, an attorney and speaker from Denver, CO, has earned the AV Preeminent® rating from Martindale-Hubbell®. 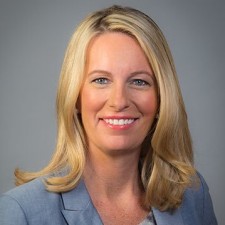 DENVER, December 19, 2018 (Newswire.com) - It has officially been confirmed that Kelly Hyman has once again earned herself the AV Preeminent® Rating from Martindale-Hubbell®, the highest rating possible, further proving her outstanding legal abilities and ethical standards. Kelly first achieved this rating in 2016 and has been able to uphold it ever since through hard work and dedication to her career.

Martindale-Hubbell® has been providing ratings for lawyers for more than 130 years. The AV Preeminent® rating is the highest peer rating standard. The recognition demonstrates that a large number of attorneys in the industry who work alongside Kelly hold her in high regards, specifically in her professional knowledge and capabilities. In order to receive the rating, an attorney’s peers must first review and recommend their fellow attorneys in the industry. By achieving this rating, Kelly has placed herself in the top ten percent of all attorneys.

It's an honor and a privilege to be receiving the AV Preeminent® Rating for my third consecutive year.

This announcement comes right as Kelly Hyman begins her journey with a new law firm, Franklin D. Azar & Associates, located in Denver, Colorado. The focus of her practice remains on consumer class action lawsuits and mass tort litigation, having previously represented hundreds of clients in claims filed in both state and federal court systems. Kelly is excited and ready to expand her knowledge and experience on this new journey.

Kelly Hyman will be speaking at the Masters of Mass Tort Conference in February 2019 held at The Ritz Carlton in Cancun, Mexico. This is their third annual conference discussing everything mass tort related, delivered straight from the experts.

Kelly Hyman has also become an avid speaker in her industry. She has been able to take all her skills developed through law and acting and now uses them to help her peers in the law industry. Kelly attends numerous events and conferences throughout the speaking on topics related to mass tort litigation, consumer rights, water contamination, and more. Due to her talent and experience, she has become a hot commodity for speaking engagements all over the country.

Previously, Kelly Hyman worked as a successful actress for 25 years in New York and California. She appeared in various television shows, movies, off-Broadway plays, and commercials. Kelly has been able to leverage all the tools and experience she gained from the entertainment industry to advance her career as a lawyer. Kelly is still passionate about the entertainment industry today and has also been invited as a guest on various news programs to share her knowledge.