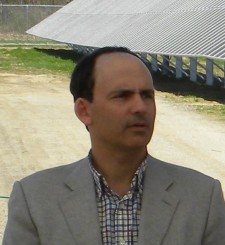 BOSTON, May 20, 2019 (Newswire.com) - Kearsarge Energy is pleased to announce that its Managing Partner and Founder, Andrew Bernstein, is a finalist for the Entrepreneur Of The Year® 2019 Award in the New England region. Widely considered one of the most prestigious business awards programs in the U.S., the program recognizes entrepreneurs and leaders of high-growth companies who are excelling in areas such as innovation, financial performance and personal commitment to their businesses and communities, while also transforming our world. Andrew Bernstein was selected as a finalist by a panel of independent judges. Award winners will be announced at a special gala event on June 26 at the Westin Waterfront in Boston, Massachusetts.

Kearsarge's mission is to create public-private partnerships that benefit communities and the environment. Kearsarge typically uses publicly owned brownfields and Super Fund sites that have limited -- if any -- utility for local communities, transforming those properties into a revenue-generating asset for all stakeholders. Kearsarge often improves public land as part of a solar project, having installed bike paths, walking paths and other improvements to land adjacent to its solar fields. When the solar project is complete, the land is restored to its original condition, and in many cases improved, while generating revenue for the owner for the duration of the solar project.

Bernstein notes, "I am proud of what Kearsarge and its many public and private sector partners and dedicated and brilliant staff have been able to achieve over the last several years. Although I am thrilled to have been named a finalist, I am acutely aware that many others had a significant hand in building Kearsarge's renewable energy business. One of the most critical learnings in my personal journey is that no entrepreneur succeeds alone."

Now in its 33rd year, the program has expanded to recognize business leaders in more than 145 cities and more than 60 countries throughout the world.

Founded and produced by Ernst & Young LLP, the Entrepreneur Of The Year Awards are nationally sponsored by SAP America and the Ewing Marion Kauffman Foundation.

Kearsarge Energy, based in Boston, Massachusetts, is a leading renewable energy project development, finance, and asset management company, with a dual mission to help build a more sustainable world and to provide superior returns to stakeholders and the environment. Kearsarge is focused on creating long-term value by working with local communities to meet the growing demand for commercial and utility-scale renewable energy projects. Visit www.kearsargeenergy.com or contact us at (617) 393-4222.

About Entrepreneur Of The Year®

Entrepreneur Of The Year®, founded by EY, is the world's most prestigious business awards program for entrepreneurs. The program makes a difference through the way it encourages entrepreneurial activity among those with potential and recognizes the contribution of people who inspire others with their vision, leadership and achievement. As the first and only truly global awards program of its kind, Entrepreneur Of The Year celebrates those who are building and leading successful, growing and dynamic businesses, recognizing them through regional, national and global awards programs in more than 145 cities and more than 60 countries. ey.com/eoy 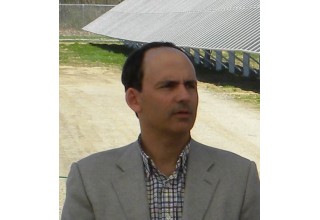 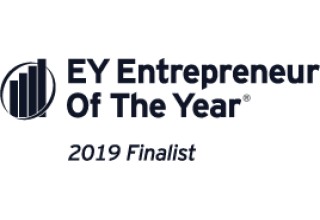