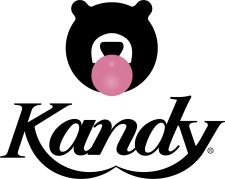 CHICAGO, ILLINOIS, July 9, 2016 (Newswire.com) - Kandy Magazine today announced the availability of Issue 54 featuring Leanna Decker on the cover. In her exclusive Kandy feature the Kentucky native discusses her love for cooking, animals and the Pittsburgh Steelers.

Leanna is quoted as saying, “My talents go down in the kitchen. I love food and cooking! I love mixing flavors …”

When pressed on the topic of the Steelers, Miss Decker states, “My staircase is not like most homes. It’s filled with Steelers’ memorabilia and a terrible towel!” That is one die-hard Steeler fan.

Leanna is the second consecutive Steeler nation fan and redhead to appear on the cover of Kandy, following actress Caitlin O’Connor who appeared on the cover of Issue 53 of Kandy magazine.

Joining Leanna Decker inside Issue 54 of Kandy magazine, available for download inside the Kandy magazine app, are Amanda Vex of Brooklyn, New York and Shelby James of Port Neches, Texas.

Issue 54 of Kandy magazine focuses editorially on Vegas attire for men, the case against the Hawaiian shirts trend, Dos and Don’ts for men socializing with ladies at summer get-togethers, Hitler’s influence on two iconic automobiles as well as a close-up look at StockX, the app that brings the sneaker stock market into the palm of your hands. Issue 54 also examines the case for and against LeBron James, and recaps the 2016 NBA draft.

Kandy® is a trademarked, brand-driven company dispensing bite-sized lifestyle and entertainment pieces to men primarily in their late 20's to mid 30's but appealing to all men between the ages of 17 to 65.