NEW YORK, New York, October 9, 2017 (Newswire.com) - KAFFNY Infinite Cinema will return to New York City for the 11th year on Saturday, Oct. 14. Held at the Brooklyn hotspot The Wythe Hotel Cinema from 1:00 p.m. until Midnight 12:00 a.m., the annual event will celebrate some of the most promising indie filmmakers of different cultures from around the world.

"We are very excited about returning to New York and continue to celebrate the connection of cultures through films," says Chung Tsang, the President of KAFFNY. "The past ten years of experience in telling Korean American stories helped KAFFNY to identify and find commonality with other stories at the intersection of all cultures. We are ready to evolve, with a new mission to identify unifying commonalities and bust cultural stereotypes by connecting voices through our shared experiences."

Previously named KAFFNY (Korean American Film Festival New York, a 501(c)(3) nonprofit), the group has recently rebranded as KAFFNY Infinite Cinema. For 11 years, it has explored cultural fusion through the medium of film. KAFFNY Infinite Cinema's mission is to allow the audience to connect stories that are often missing from the mainstream narrative, allow the audience to engage in dialogue with the content makers to fuse a new understanding of our world, and hopefully inspire our audience to repeat this process by seeking out new ways to connect to a culture outside their own. Which is KAFFNY's motto: CONNECT. FUSE. REPEAT.

On Saturday, Oct. 14 KAFFNY Infinite Cinema invites filmgoers to a one-day cinematic passport experience. Embracing the motto of CONNECT. FUSE. REPEAT. KAFFNY Infinite Cinema challenges its audience to discard notions of cultures as separate, discrete and insular, instead exploring the infinite possibilities of contact, fusion, and creation born from the mixing of different backgrounds. Let the screen transport your mind to new places, new practices, and new perspectives, leaving you entertained, challenged and confident to forge new relationships with those outside of your bubble.

Five distinct blocks of programming will approach the topic of Infinite Culture through specific lenses with thematic panel discussions to follow.

On the menu of this program is a group of short fiction and documentary films highlighting the bonding power of food as a centerpiece of human nourishment. After the screening, we'll have a panel to discuss the many different stories behind the people who make the food that we eat.

Go behind the glamour of the runway, exploring the lives of those who create the clothes and the nuanced relationship between self-expression and fashion. Stay woke on world fashion with this selection of short films. After the screening, we will have a panel to discuss ethical fashion and how the clothes we choose impacts people who make them.

Shorts. Embracing KAFFNY's legacy as a platform for narratives of the Korean and Korean Diaspora community, this is our 11th annual selection of both English and Korean language films. A few films focus on mental health & domestic abuse which we seek to discuss and explore after the screening.

U.S. Premiere for our centerpiece documentary screening of "Amsterdam Stories: West." Join a modern day Lewis and Clark as they traverse American communities in various towns and cities named Amsterdam, reflecting on local history, individual struggles, and a poignant examination from the eyes of foreigners of the enduring legacy of the American Dream.

Along with the short film Dear Mother, these stories that deal with issues of home, migration, and adoption. After the screening, we'll have an interactive experience led by Kayla Tange, a performance artist and the subject of Dear Mother.

These two films tell two very different stories set around characters who are part of rich Asian American families. Is being rich and Asian American a blessing or a curse? Come to the screening and discussion afterwards as we try to find the answer to that question.

KAFFNY Infinite Cinema is a new international cinema festival platform dedicated to the exploring the infinite cultural connections that intersect in our world. Embracing the motto of CONNECT. FUSE. REPEAT. KAFFNY Infinite Cinema challenges its audience to discard notions of cultures as separate, discrete and insular, instead exploring the infinite possibilities of contact, fusion, and creation born from the mixing of different backgrounds. Let the screen transport your mind to new places, new practices, and new perspectives, leaving you entertained, challenged and confident to forge new relationships with those outside of your bubble. For more information, please visit: http://kaffny.org 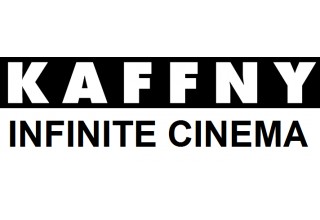 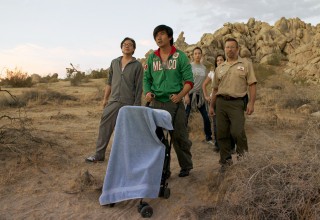 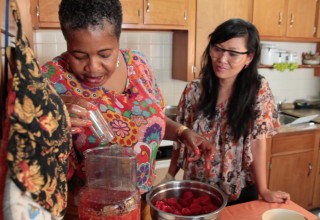 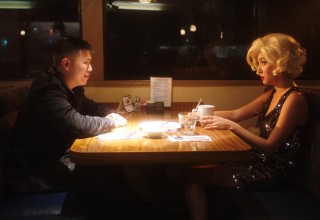