"Brought to Light: The Epidemic of Violence against Native and Indigenous Women" AND "Orenda: Paintings by artist G. Peter Jemison"

BUFFALO, N.Y., March 30, 2021 (Newswire.com) - K Art, 808 Main St., Buffalo, a Native American-owned commercial gallery that solely showcases the artwork of national-level Native contemporary artists, announces the details for its newest exhibitions. Set to open Friday, April 30, 2021, in K Art's 2,000 square-foot gallery space, Brought to Light: The Epidemic of Violence against Native and Indigenous Women addresses devastating statistics of violence.  Compared to any other group, Native American women in the United States are more than twice as likely to experience violence; 84% of Native women have experienced violence in their lifetime. In 2016 alone, there were 5,712 known incidences of murdered or missing Native women. Canada has categorized this human rights crisis as genocide and has undergone a national inquiry into murdered and missing Indigenous women and girls.

Brought to Light brings together five Native artists: Natalie Ball; Luzene Hill; Sonya Kellihercombs; Jodi Lynn Maracle; and Julia Rose Sutherland. In different ways, their works address the trauma, violence, and loss of identity that result from systemic racism, sexism, and the ingrained history of colonialism in North America. These artists seek to bring an epidemic out of the shadows and into mainstream consciousness; and, in doing so, create new spaces of discourse and understanding about indigeneity.

New works have been created specifically for Brought to Light. Luzene Hill's new site-specific work presents three numbers:1492, 574, and 6956. The first identifies the year a massive wave of invasions into the Americas began. The second is the number of federally recognized Native nations currently in the United States. The third focuses on the average number of reported Native American women sexually assaulted each year in the United States, based on data over twelve years. Sonya Kelliher-Combs will show new work created for her ongoing series, A Million Tears, which initially debuted at The North Atlantic House in Denmark. The series was created in response to the many painful accounts she has heard of abuse. The works speak about pain, fear, anger, loss of innocence, and the impact of this injustice on the sense of self, family, and community. Photo-documentation will be shown of Julia Rose Sutherland's performance piece done at Silo City, Buffalo, NY, which gave remembrance and gratitude and sought to raise public awareness about the epidemic of missing and murdered Indigenous women in North America. Artists Natalie Ball and Jodi Lynn Maracle relate to trauma more indirectly as they delve into questions of power and identity. Also included is a work by Natalie Ball, created at the prestigious Crow's Shadow Institute for Art in Oregon, which addresses the abuse of identity through simplified narratives, and reclamation of that identity through new visual language. Jodi Lynn Maracle will create new works that utilize Haudenosaunee material, language, and techniques, such as hand tanning deer hides and corn husk twining, in conversation with soundscapes, projections, video, and performance to interrogate questions of place, power, erasure, and story-making.

K Art is also pleased to announce that it will be expanding into the field of artist representation and has signed its first artist, G. Peter Jemison. To celebrate the occasion, K Art will be showcasing a solo exhibition of work by Jemison, titled Orenda. Orenda will feature a survey of work covering the last 15 years of Peter's impressive, decades-long career. Widely shown and collected, Jemison's works are rooted in the framework of Native American history, culture, and iconography. Known for his naturalistic paintings and series of works done on brown paper bags, his art embodies orenda, the traditional Iroquois belief that every living thing and every part of creation contains a spiritual force. His paintings, videos, and mixed media works have been exhibited in numerous solo and group exhibitions in the U.S., the U.K., and Germany. Jemison's work is in numerous private and museum collections, including the Whitney Museum of American Art. In October of 2021, Jemison will be featured in a show at MOMA PS1. 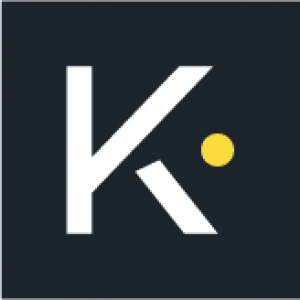