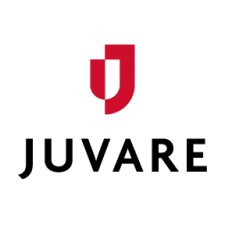 LONDON and ATLANTA, August 7, 2019 (Newswire.com) - ​Juvare, the leader in critical incident management and response technology and maker of WebEOC, announced today that the company will significantly expand its presence in Europe with a key hire and satellite office in the United Kingdom.

Following a string of key client acquisitions in the U.K. and Europe, Juvare will increase its focus on the European market by establishing an additional office in the region. Juvare’s European sales operations will be based in the U.K., headed by Ian Clark, Vice President, European Sales.

“I’m thrilled for the opportunity to be part of the team expanding Juvare’s industry-leading solutions into new markets,” Clark said. “European authorities are increasingly embracing and adopting critical incident management with more professional rigor, encompassing not only public but also private enterprise stakeholders."

Juvare plans to offer its complete product line, including the newly released Juvare Exchange, billed as “the Future of Critical Incident Management.” The Company will continue its European expansion through direct sales and by leveraging strategic partnerships in the region. Clark will report directly to Jeff Miller, Chief Revenue Officer, based in Juvare’s Atlanta, Georgia, U.S. headquarters.

“We look forward to having the ability to personally serve and grow our key partnerships, both existing and new, throughout the U.K. and Europe,” Miller said. “We’re confident that Juvare will deliver the cutting-edge critical incident management technology needed to help make the region safer, more prepared and more resilient in dealing with natural and man-made disasters.”

Headquartered in Atlanta, Georgia, Juvare currently has an additional United States office in Washington D.C., a European office in Kaunas, Lithuania, and an Asia-Pacific office in Wellington, New Zealand.