Juugman, AKA Yung Ralph Celebrates His EP Release & Birthday With an All-Star Cast July 30 in Atlanta 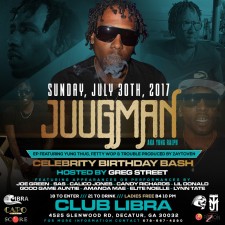 DECATUR, Ga., July 27, 2017 (Newswire.com) - Recording artist Juugman, formerly known as Yung Ralph, along with top music industry tastemakers will celebrate the release of his latest EP "Blackball" and his birthday on Sunday, July 30 from 9:30 p.m. - 3 a.m. at Libra Nightclub (4525 Glenwood Rd, Decatur, GA 30032). The star-studded event will be hosted by V103’s Greg Street, the Coalition's DJ Funky and super-producer Zaytoven.

The evening will include celebrity guest appearances from VH1's Love & Hip-Hop Atlanta cast members and BET's Candy Richards. There will be feature performances from some of Atlanta's top artists such as Solo Lucci, SAS, Calico Jonez, Joe Green, Lynn Tate, Amanda Mae and Juugman himself. Doors will open at 9 p.m. and red carpet festivities will take place from 9:30-11:30 p.m. This all-star celebration is sponsored by Score Vodka and brought to you by the Sam Brown Agency, Capo Ent and ATL Events.

The Juugman is gearing up for his latest project release "Blackball." With anticipation for new music from the rapper, Juugman worked diligently on the project which features production from Zaytoven, Cassius Jay, Yung LAN, London on the Track and Ricky Racks. There is a considerable amount of well-deserved hype surrounding the EP with collaborations from artists including Young Thug, Fetty Wap, Trouble, Solo Lucci and London-J. The EP is available on all digital platforms as of August 1, 2017, and will shatter expectations providing his fans, followers and music lovers alike with an abundance of high-quality music. The eight new singles were recorded at Billboard Studios, Bat Cave Studios, Patchwerk Recordings and Zac Studios all located in the Atlanta area. To get the latest updates from Juugman follow him on social media Instagram: @JuugmanEnt / Twitter: @YungRalphWorld. 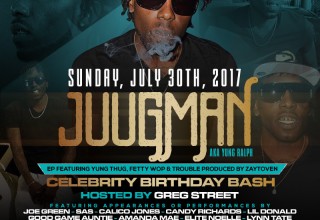 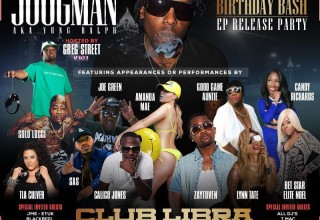