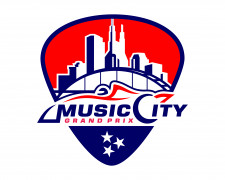 "I am incredibly proud of the ownership group we have assembled," says Matt Crews, CEO of Music City Grand Prix. "Our group combines game changers in the world of business, music and motorsports. Each brings something unique to the table that will be invaluable as we merge motorsports, music and food into a one-of-a-kind event. This event will be one to remember and one to be celebrated year after year in the heart of Music City. We look forward to the team's unique perspectives and the magic that soon will become the inaugural Music City Grand Prix."

Music City Grand Prix is a three-day international festival of speed and sound featuring an NTT INDYCAR® SERIES event. The event aims to create a comprehensive world-class international destination event that highlights Nashville, Tennessee, the Music City and the Mid-South region. It will include music, food, culture and entertainment centered on the speed, technology, skill and excitement of up-close urban INDYCAR racing. As a privately funded event, Music City Grand Prix is owned and operated by 615GP, LLC. More information is available at www.musiccitygp.com.