Juan E. Corradi's New Book, 'Innocents Abroad', Follows One Man's Arrival, Entrapment, and Release as He Comes Across a Villa Full of Mysteries 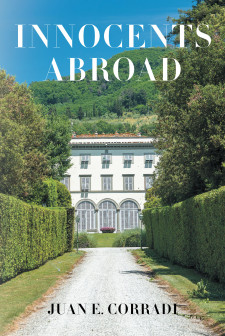 NEWPORT, R.I., September 3, 2021 (Newswire.com) - Fulton Books author Juan E. Corradi, a professor emeritus of sociology at New York University, has completed his most recent book, "Innocents Abroad": a brilliant narrative that tells of broken expectations, accidental visits, and haunting remnants of the past.

Corradi shares, "This is a story of two characters: a man and a house.

"The man, named Candido, is an involuntary exile in different lands, having left his native country—once thought to be the best of all possible countries—to a fate of relentless self-destruction. A perpetual stranger, he is endowed with the ability to enter the inner world of others without ever becoming an insider like them.

"The house is an old villa in Tuscany which has three strange properties, hence three names: It is both heavy and tenacious; hence, its first name is La Pietra. It is also a trap for some people who have lived in it over the centuries and who have become its ghosts. Therefore, the villa's second name is La Trappola. Trapped inside, the ghosts seem condemned to lament their unfinished business. They behave like repeated holograms in a magic cage, so the villa's third name is La Gabbia.

"The man is drawn to the villa and is trapped in it, like so many before him, but manages to escape, though he is not unscathed. Like his namesake by Voltaire, Candido survives to tell the story and cultivate his own garden in old age.

"Those who visit the villa and those who meddle in it do not suspect this secret world. They are the innocents abroad, and most of them are not innocent at all: worldly worthies and world leaders, a few royals, foreign troops, devious secretaries, sleazy lawyers, scholars, art thieves, university administrators, romping undergraduates, and several varieties of household staffs.

"The man and the villa both survive: the man to tell his story, and the villa to repeat its fate. After all, texts and ghosts are versions of an afterlife."

Published by Fulton Books, Juan E. Corradi's book is a chilling and intriguing novel that follows the journey of a man across countries and his encounter with a mysterious villa seething with secrets to tell.

This fiction tells readers, young and old, about an adventure that takes place in realms beyond the natural.

Readers who wish to experience this astounding work can purchase "Innocents Abroad" at bookstores everywhere, or online at the Apple iTunes Store, Amazon, Google Play or Barnes & Noble.

William K. Bond's New Book 'One Face in a Million: A Legendary Film Star' Continues the Bewitching Story of a Young Woman as She Finds Her Own Unique Place in a Diverse World
Fulton Books - Oct 1, 2021