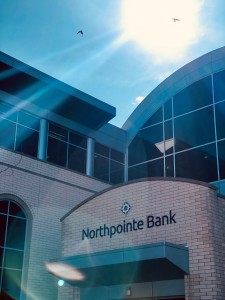 “When we connected with John, it was clear that his extensive banking industry experience, including 20 years as a senior executive with some of the largest banking organizations in the U.S., will prove to be very beneficial to our continued success at Northpointe,” said Charles Williams, President and CEO of Northpointe Bancshares, Inc. and Northpointe Bank.

Mr. Eggemeyer is Founder and Managing Principal of Castle Creek® Capital LLC, which has been an investor in the banking industry since 1990.  When asked about the appointment to Northpointe’s board, he said, “We are excited about the opportunity to partner with one of the best managed and fastest-growing mortgage banks in the U.S. and are looking forward to supporting Northpointe’s growth.”  Mr. Eggemeyer has over 40 years of experience in the banking industry and was honored in 2006 by American Banker as “Community Banker of the Year” for his success as a builder of community banking companies. Prior to founding Castle Creek® Capital LLC, Mr. Eggemeyer served as Chairman of PacWest Bancorp, Director of Guaranty Bancorp, Chairman and Chief Executive officer of White River Capital, Director of TCF Financial Corporation, Director of Western Bancorp, and Director of American Financial Realty.

Northpointe Bank works to be a different kind of bank with you at the center of everything we do. We offer innovative and high-value banking products nationwide, including custom-tailored home loans and deposit savings rates that are among the best rates in America.1 We empower our employees to exceed your expectations and enrich the communities in which we serve.  Northpointe Bank was ranked in the top 10 highest performing banks in the country for the past three years in a row by ICBA Independent Banker.2 Learn more at www.northpointe.com.  Member FDIC. Equal Housing Lender.

2-       Source: Best Performing Community Banks; Independent Community Bankers of America ranked Northpointe Bank number seven in 2018 using figures from 2016, 2017 and 2018, with 2018 carrying the most weight according to return-on-equity for banks with assets over $1 billion.

Tags: Banking, Board Member, Board of Directors, Home Lending, Mortgage